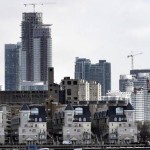 You’ve got Facebook for friends and LinkedIn for work associates. Now Joseph Nakhla thinks you need a social network for your neighbours.

The 40-year-old Vancouver resident is the founder of bazinga, which is designed to help neighbours connect to one another and to local resources.

Mr. Nakhla says he was inspired by his childhood in Egypt, where he grew up in a low-rise complex with five apartments. The people in those apartments helped each other out on a regular basis and grew close.

“I really felt a sense of community,” he says. It’s something that he thinks is generally lacking in Canada’s big cities. “I have a lot of friends that moved to Vancouver from other parts of the country that say it’s tough to meet people, and I’ve heard it in Toronto.”

Launched at the end of 2012, Bazinga enables all of the residents in a condo building or gated community or other form of neighbourhood to interact online. The social network has areas where residents can organize events or talk about local issues or ask for advice, and it also allows them to send private messages. People are using it to do things like set up potluck dinners and barbecues, share decorating ideas, and band together to lobby for local issues or talk about problems in their buildings.

The network also allows the developer or property manager to communicate with residents, and to upload a flood of documents, from notes from a condo board meeting to the owner’s manual for the microwaves.

At the moment about 400 communities or buildings are signed up, representing about 80,000 homes, Mr. Nakhla says. Its biggest market so far is Toronto, followed by Vancouver. Mr. Nakhla says his company has “good” revenues, but is not turning a profit yet.

For now, developers, property managers, strata or condo boards pay to sign up and then residents can access the network for free.

Mr. Nakhla says bazinga is more than just social. “There are all kinds of complaints about condo living and apartment living – logistical challenges, getting a hold of your property manager, you’ve got concierges and people that own the units and people that are renting – it’s a pretty complex ecosystem. So I looked at it and thought,‘Man, wouldn’t it be great to have a platform that brings everybody in.’”

Undoubtedly, there are many people who prefer to remain anonymous within their buildings, and who don’t want another social network.

For those who prefer not to interact with their neighbours, instead of getting up at 2 a.m. to pound on the door down the hall because the music’s too loud, now they can make their feelings known from their smartphone.