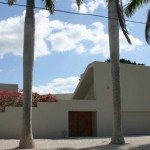 Canada’s largest developer of new houses has bought its biggest piece of land ever – and it’s in the United States.

Mattamy Homes Ltd., which bills itself as “Canada’s largest new home builder,” is increasingly looking south of the border for expansion as it grows frustrated with the limited supply of land that’s available for new homes in cities like Toronto and Ottawa because of red tape and efforts to contain urban sprawl.

Its U.S. ambitions have taken a leap forward with an $86.25-million (U.S.) purchase of more than 9,600 acres of land in the Sarasota area of southwest Florida. The land is roughly the size of Newmarket Ontario, and Mattamy is hoping that over the next 20 to 25 years close to 15,000 homes might be built on it (it’s currently zoned for about 11,000). The deal closed about three weeks ago.

The deal comes about six months after Mattamy bought land in Jacksonville that will hold about 4,500 units.

“You don’t buy 4,500 units in Canada, it’s just not possible,” chief operating officer Brian Johnston says. “It’s just way too big. We did a deal for about 500 units in Milton, and that was really big for us.”

The plans will mainly be designed for empty-nesters and retirees. Mattamy might not chew off all of the development by itself, and is already receiving calls from local builders who are looking at buying pieces.

The Canadian home builder has been active in the U.S. for more than a decade, but until recently its presence has been relatively small.

But now the company is restraining itself in its home market because of a dwindling supply of available land for new houses.

“We’ve basically taken the view we’re going to control the size of our business in Canada, so we’ve more or less capped it,” Mr. Johnston says.

“Buying land is very difficult. If it’s got approvals, it’s incredibly expensive. If it doesn’t have approvals you’re waiting a long time… “We’ve created such an onerous planning system in this country, and I would argue that’s one of the reasons that we see such significant house price inflation. We’ve made it difficult for ourselves to get land through the planning system, and that’s creating this supply constraint. So you’re seeing much higher (house) prices, and a lot more high-rise condominiums.”

Mattamy toyed with the idea of building condos in Toronto, going so far as to buy land to do so, but backed out after deciding against the idea.