As Vancouver home prices surge out of reach, businesses worry how to retain staff 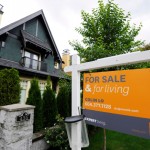 VANCOUVER — When Allan Pulga, a communications manager, found out he was going to be a father, he had to make a tough choice — stay in a tiny downtown condo or leave Vancouver.

Bank of CanadaWith rising home prices and hefty student debts, more first-timers are being locked out of the market. What they need is a strategy The 34-year-old, who works for fast-growing private Canadian technology firm iQmetrix, packed his bags and moved to Regina, Saskatchewan, where the typical family home costs roughly one third of the price in the Greater Vancouver area.

“When you’re a young, single person, you can make Vancouver work financially,” said Pulga, who was able to transfer to iQmetrix’s Regina office. “But I feel like if it’s time to settle down and have kids, maybe you won’t stay.”

Pulga typifies a worrying trend in Vancouver, where sky-high housing prices are forcing many young professionals out of the city and into long commutes from far-flung suburbs, with some choosing just to leave the region altogether.

That has business groups raising the alarm about Vancouver’s ability to attract and retain the talent needed to foster local successes like retailer Lululemon Athletica or tech startups like video surveillance maker Avigilon Corp and social media manager Hootsuite.

Vancouver has long boasted Canada’s costliest housing. But low interest rates and strong foreign demand, especially from Chinese buyers, have helped drive the cost of a typical detached home up nearly 30% in the last five years.

The average Vancouver-area property — including houses, town homes and condos — sold for $828,937 in November, compared with $580,326 in greater Toronto and $306,541 in Regina, according to the Canadian Real Estate Association. In Seattle, on the West Coast of the U.S., with massive employers such as Boeing, Microsoft and Amazon in the area, the median sale price was $436,250.

On Vancouver’s desirable west side, the median selling price for detached homes rose to $2.6 million in November.

Government data shows the migration of 25 to 44-year-olds out of Vancouver to other provinces has outpaced those migrating in from elsewhere in Canada over the past three years, eroding a key working-age demographic.

“Housing prices are a concern for that exact reason,” said Ken Peacock, chief economist at the Business Council of British Columbia. “It makes it more challenging for younger people starting a family.”

Vancouver’s expensive housing also makes it tough for companies to bring in new talent from other regions, in particular senior executives, he noted.

“There is a sticker shock phenomenon,” said Peacock. “A lot of these people are coming from 5,000-square-foot estates and here they get a three bedroom bungalow.”

To be sure, Vancouver is not alone. New York, London and Singapore have long been popular with foreign investors, driving up the cost of living for locals. But while those cities are global financial hubs and have many bankers with big compensation, Vancouver’s economy relies more on tourism and a cyclical resources industry.

There is a sticker shock phenomenon. A lot of these people are coming from 5,000-square-foot estates and here they get a three bedroom bungalow The median family income in Vancouver in 2012, the last data available, was just $71,140 a year, the lowest of any major city in Canada, putting home ownership far out of reach for most. The median income in Regina, by comparison, was $91,200, while Toronto families make just a bit more than Vancouver families.

Vancouver is working to address the affordability gap, but existing initiatives mainly target lower-income families. Renting is a cheaper option in the city of 1.3 million, with small 2-bedroom downtown condos listed for about $2,000 a month and suburban basement units available at $1,200.

Despite the challenges, numerous companies interviewed by Reuters said most of their staff are willing to make sacrifices — like long commutes or raising kids in shoebox condos — for the benefit of Vancouver’s mild climate and outdoor lifestyle.

But those same companies, such as Vancouver-based retailer Mountain Equipment Co-op, also had examples of key hires who ultimately turned down jobs because of the high home prices.

It’s an issue Craig Hemer, an executive recruiter with Boyden, has been grappling with for the better part of a decade.

Hemer has learned ways to soften the blow — selling older executives on the idea of downsizing to a luxurious downtown condo and convincing those with families that suburban life offers more amenities for kids.

LOVE IT OR LEAVE IT

Companies too are shifting their policies, with some offering car allowances and transit subsidies. Others are opening small suburban offices or allow staff to telecommute from home.

But that isn’t always enough, especially in Vancouver’s startup scene. Executives say it is easy enough to hire junior staff, but a dearth of experienced engineers and technology workers makes it hard to grow past a certain point.

“There’s just not enough high caliber people here. They all leave when they realize they can make more money in other cities and live there for cheaper,” said Simeon Garratt, chief executive of Spark CRM, a property-focused tech startup.

“We debate at least once a month whether we should just move to Toronto.”