Fewer Canadians plan to contribute to their retirement savings plans this year, according to a study released Monday. 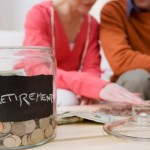 Of respondents with RSPs who have considered increasing their contribution, 74 per cent cite lack of affordability as the top reason for not contributing more often. That’s down from 84 per cent in 2012.

The survey also indicates that more Canadians are taking money out of their RSPs.

Among RSP holders polled, 40 per cent said they have withdrawn funds from their RSP, up 4 per cent from the 36 per cent in 2012.

The top reason for dipping into the funds is to take advantage of the federal Home Buyers’ Plan to buy or build a first home: 16 per cent, compared with 15 per cent in 2012.

“RSPs continue to be an important and tax-effective way to maximize retirement savings. If affordability is an issue, a financial advisor can help identify ways to make that all-important contribution, big or small, as well as develop a financial plan to help achieve retirement goals,” said Mike Henry, senior vice president of retail payments, deposits and lending at Scotia.

On a regional basis, the lowest rate of RSP investment for the 2013 tax year in the poll was found in British Columbia, at only 20 per cent.

The highest rate of RSP withdrawals is also in B.C. – 42 per cent.

The bank’s annual investment poll was conducted using Harris/Decima’s online panel. A total of 1,029 completed surveys were collected from a random sample of panel members across the country.