About two-thirds of first-time buyers say they’ll purchase a home as planned and are unaffected by new mortgage rules brought in by Ottawa a year ago, says a new survey. 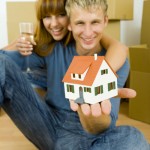 The findings come as the banks continue to increase long-term interest rates in the face of rising bond yields but refuse to bump up the posted rate for a five-year, fixed rate closed mortgage — a key measure in deciding how much a consumer can borrow after the new rules were introduced.

Rates on the five-year mortgage have been rising steadily since the beginning of May in response to bond yields. At one point the Bank of Montreal offered a five-year, fixed rate closed mortgage for as little as 2.99% but that’s now up to 3.59%.

Meanwhile the posted rate has stayed at 5.14% at most banks. That posted rate is used by Ottawa to establish what is called the qualifying rate for consumers who require mortgage default insurance. Consumers not locking in for five years or more face the qualifying rate but since it has hasn’t risen they can borrow as much as ever.

A department of finance spokeswoman noted the five-year is set by the Bank of Canada and is based on the posted rates at Canada’s largest banks.

“The Government continues to monitor the mortgage market and protect taxpayers,” said Stéphanie Rubec manager, media relations, via email. “Prices for financial products, including mortgage interest rates, reflect a financial institution’s business decisions. Due to the fact that taxpayers are the ultimate backstop for government-backed insured mortgages, financial institutions are expected to lend prudently.”

Farhaneh Haque, director of mortgage advice and real estate-secured lending at Toronto-Dominion Bank, said for most consumers it hasn’t had an impact because the majority of mortgages are for longer than five years — meaning consumers can use the lower rate on their contracts to qualify.

“The profile for our customers is the longer term anyway so it hasn’t had a material impact,” said Ms. Haque.

The Bank of Montreal survey, conducted by Pollara, found on the one year anniversary of the latest mortgage rule changes 66% of Canadians buying for the first-time will do so as planned.

Among the other changes was shortening of amortization lengths from 30 years to 25 years. The survey found 14% of Canadians will buy sooner, partially out of fear rules could get even tougher.

Meanwhile there is very little to indicate the posted rate will be rising any time soon, despite the fact government of Canada five-year bond has risen about 65 basis points since May 1.

“You do have to remember when rates where at all-time lows they didn’t lower the qualifying rate either,” said Rob McLister, editor of canadianmortgagetrends.com. “I have never talked to a banker or lender who has openly admitted they are keeping the rates low to qualify more people.”

He says it’s mostly a practical issue for qualification because very few people actually take the posted rate. Mr. McLister said some lenders like to keep it low to appear more competitive.

But there is no question the qualification rate will have to rise if bond yields keep rising. Plus, rising long-term rates might send people back to cheaper variable rate products, creating a more urgent need to tighten loan requirements.

“Once you get a one percentage point gap between short-term and long term, people start looking at variable,” said Mr. McLister.

David Madani, an economist for Capital Economics, agrees it is just a matter of time before the qualifying rate and posted rates start to jump. “There is usually a bit of a lag,” said Mr. Madani.

One bank economist, who asked not to be named, said there is a caution at the banks right now about the bond market. “They want to know that these rates are here to stay,” said the economist.