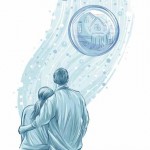 Many times over the last few years, John Norquay has been stricken with pangs of anxiety over not being a homeowner.

Should you rent or own your home?

Bank of CanadaPeople say that when you grow up, you buy a home. But owning doesn’t make sense for everyone and in some cases, it might be more financially beneficial to rent. Find out more They strike when he attends housewarming parties for friends. They hit when he hears that friends bought in the condo building where he is renting and the value of the unit has already shot up.

But the 35-year-old Toronto immigration and refugee lawyer graduated in 2005 with $75,000 in student debt and while he tackled his loans ahead of saving for a down payment, home prices have only climbed. “I decided to wait but I don’t know if I’ll end up regretting that,” he says. “It seems like every other month there’s an article about the condo market bubble bursting; I kind of gambled there and I think I lost.”

It used to be a rite of passage for young people, a way to announce your adulthood to the world by buying your first home. But fewer young people today are able to achieve this dream. A recent CIBC report showed that the home ownership rate among first-time homebuyers (25 to 35) fell from 55% in 2012 to the current 50%.

With the rise in housing costs, many first-timers are locked out of the market, unable to save the gargantuan down payment or qualify for a mortgage.

Related From $99,999 to $1-million plus: Here’s what Canadians can buy in Florida real estate Renewing your mortgage? Here’s why you should pick up the phone Outside of Toronto, Vancouver and Calgary, Canada’s housing market is ‘mediocre at best’ According to a BMO report released in March, first-time homebuyers plan to spend an average of $316,000 on their first home, up from $300,000 in 2013. (Those in Vancouver expect to spend $506,500 while those in Montreal plan to pay $237,900.) Respondents to the study expect to put an average down payment of 16% or $50,576.

Six in 10 hopeful homeowners say their home-buying timeline has been delayed, with 39% citing rising real estate prices as the main reason for delay.

“You’ve been in the workforce for a few years and you don’t have a lot of assets; it can take several years to break into the financial market,” says Penelope Graham, an editor at Ratesupermarket.ca.

As tuition fees rise and students graduate with more debt, many find that they’re devoting funds to debt repayment versus saving for a down payment. (Mr. Norquay’s debt payments amount to $750 a month.)

And if graduates don’t find steady employment right away, accumulating a lump sum is even harder; more young people today compared to previous generations opt to return to school when they have trouble breaking into their fields.

The youth unemployment rate in 2012 was 2.4 times that of adults — marking the biggest gap since 1977, a Statistics Canada report said.

“If you look at youth unemployment and underemployment, that’s definitely another factor. The ability of young people to earn has been compromised,” says Benjamin Tal, deputy chief economist with Canadian Imperial Bank of Commerce.

He calls today’s young adults “the lost generation” — a group that is falling behind economically.

A new report by the Conference Board of Canada echoes his findings: the average disposable income of Canadians between the ages of 50 and 54 is now 64% higher than that of 25- to 29-year-olds. That’s up from 47% in the mid-1980s.

With young workers facing lower wages, rising home prices and tighter mortgage restrictions (reducing total amortization to 25 years, capping maximum debt ratios for households to qualify for a mortgage loan), the goal of home ownership moves further away for many.

So what are people doing instead? They’re spending more time living with mom and dad. They’re renting. Renting often suits a younger demographic who might appreciate mobility and fewer responsibilities. Plus, home buying comes with maintenance costs and upkeep and each time you buy a home, extra funds are needed to cover things such as lawyer fees, land-transfer taxes, and other transaction expenses that typically add 10% to the purchase price.

Some experts argue that investing one’s savings in assets with higher potential returns is a better option than sinking everything into the housing basket, especially if you might be planning to move anytime soon.

“The one compelling argument I have seen in support of renting is that if someone is wisely investing, it can be a bigger payout in the end,” Mr. Norquay says. “I am not at all the saver type, and those articles have only increased my desire to want to own. Basically it would be a way of forcing myself to invest.”

Why is he a bad saver? “I like to go out and have fun and I like to travel.” More than two-thirds of Gen X Canadians told a TD survey that they wanted enough flexibility to be able to afford things like travel after paying their monthly mortgage.

Mr. Norquay now rents a $1,950 two-bedroom condo unit with a roommate near his downtown legal aid clinic. Three years ago, he hoped to buy a home with a friend and got pre-approved for a joint mortgage; but they couldn’t find the right property.

Though some say people should take advantage of the record low mortgage rates and get into the housing market as soon as possible, Sadiq Adatia, chief investment officer at Sun Life Global Investments, suggests first-timers should continue to wait.

“First-time home buyers should wait to buy as the market is quite frothy at the moment and it is only a matter of time before we see a pullback,” Mr. Adatia says.

“Though rates will also go up at some point, our belief is that housing values will decline prior to that, giving buyers a great opportunity to take advantage of lower prices, but also lower rates. Those opportunities do not come often.”

In places like Toronto and Vancouver, competition is steep so first-timers could face bidding wars which ratchet up prices and prompt some buyers to drop important conditions such as a home inspection.

“Without having a bit of help from friends and family or being able to sell something, it’s very difficult for a first-time homebuyer even on two incomes,” says Mike Bone, a 31-year-old account manager at a marketing consulting firm. He and his wife are looking to buy a home in Toronto for $550,000 to $700,000 but have found that bidding wars inflate all of the prices.

“We’re trying to balance getting in there and not making a stupid decision. It’s frustrating but we understand the high demand and the low supply of single-family homes. Lately, we’ve been looking at new builds and low-rise condos.”

Mr. Bone says he hopes that they’ll have some luck as the weather cools and in the interim, they’ll continue to build up their savings.

But how do you even start saving up that big chunk of money, especially if you’re doing it alone?

The majority (61%) of first-timers told a BMO survey that they’ve made cutbacks to their lifestyle in order to save for their first home. Meanwhile, 30% expect parents or family to assist in their purchase; this percentage rises to 40% in Montreal and Vancouver.

The minimum down payment for a home is usually 5%, says Jeff Cody, managing partner of Mortgage Brokers City Inc. in Ottawa. “But if you put less than 20% down, the mortgage has to be insured against default,” he adds. The more you put down, the lower your insurance premium, which start as high as 3.15%.

You need a strategy.

Mr. Norquay will finish paying off his student loans in October; then, he’ll start accumulating more for his future home. He also has savings in an registered retirement savings plan and wants to take advantage of the home buyers’ plan. Under the home buyers’ plan, Canadians can take $25,000 out of their RRSP and pay it back over the next 15 years without incurring any penalty.

Save as much as you can before taking the plunge, Ms. Graham says. “Aim to pay more than a 5% down payment,” she says. “No one wants to hear this but if you go into your first home purchase with more capital up front, it means you’re going to take out less of a mortgage and over the long run, you’re going to pay less interest and you’re going to build your equity faster.” • Email: mleong@nationalpost.com