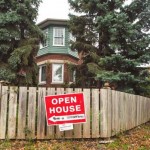 Fixed-rate mortgages have gained an edge over variable-rate mortgages given the improving economy and attractive offers on longer-term deals, says a new report from economists at one of Canada’s big banks.

While many mortgage brokers agree with that assessment, others caution that locking into a fixed rate is not the best way to go.

Added to that are improving economic conditions and the likelihood of rate hikes from both the Bank of Canada and the U.S. Federal Reserve next year, they say.

“While we have in the past supported going variable, and even though short-term rates are likely to remain low this year, current offers on long-term mortgage rates and the improving economic outlook tilt the balance in favour of locking in at this stage,” the authors say.

Five-year rates of 2.99 per cent can still be found and that compares favourably to the roughly 2.5-per-cent rate offered on variable mortgages, said David Hughes, a mortgage agent with Mortgage Group Ontario Inc.

“I don’t see how you can go wrong getting a five-year mortgage at 2.99 per cent,” he said.

But mortgage planner David Larock says the BMO study “sounds like another chapter in the age-old fixed versus variable debate – and the banks have largely been saying that fixed rates are the way to go for years now, even in the face of considerable evidence to the contrary.

“I am always a little cynical of this stock advice when given by the banks because their fixed-rate mortgages are much more profitable, and convenient, because advising borrowers to take the more conservative path is easily defensible, even if it proves more expensive over time,” he said in an e-mail.

“Banks are very good at scaring variable-rate clients into locking in prematurely. This took place last year when fixed rates spiked temporarily only to fall again. At the same time, variable-rate discounts have increased,” he said.

The BMO report, meanwhile, says the bond market has been signalling strongly for the past year that “the era of low interest rates may be finally drawing to a close.

“As bond yields rise, the cost of funds for lenders also rises, ultimately putting upward pressure on consumer and business borrowing costs, including long-term mortgage rates. So, even if variable rates take some time to climb, we may not see such low fixed rates again any time soon.”

Historically, fixed rates have proven to be more expensive than variable rates.

“Fully 85 per cent of the time since 1975, the cost-effective route for borrowers was to stay variable,” the report said.

“Considering the likely upward trend in interest rates as the global recovery picks up speed in 2014, this may be one of those rare periods when a fixed rate turns out to be the superior choice.”

There are other reasons why locking into a five-year mortgage may not be for everyone, says another mortgage broker and industry expert.

It could be a disadvantage for homeowners who are considering a move in the near future or mulling a refinancing of their property, said Robert McLister, editor of Canadian Mortgage Trends.

“The bank penalties are not so friendly,” he said.

On average, though, “mathematically speaking I think the five-year fixed is the best value in the market right now.”

The borrower “gets certainty with a fixed rate, and that certainty is worth something to many. A small premium on fixed-rate mortgages and shorter amortization schedule represent inexpensive protection against a rate spike.

“For those who don’t have much financial flexibility, and would run into difficulty from a pronounced upswing in interest rates (typically first-time buyers), any potential extra cost for peace of mind now appears to be a price well worth paying.”