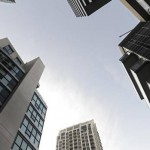 As of Jan. 1, the Crown corporation will have to pay the government a fee equivalent to 3.25 per cent of the mortgage insurance premiums it writes and 10 basis points on portfolio insurance it writes.

The fee is part of Mr. Flaherty’s continuing efforts to rein in CMHC’s activities and limit the risk for taxpayers. Earlier this week the International Monetary Fund said the Canadian government should do more to reduce its role in the mortgage insurance system and transfer risk to the private sector.

Steps that Mr. Flaherty has already taken in recent years range from tightening the rules that govern which mortgages are eligible for insurance, to capping the amount of insurance that CMHC can have outstanding at $600-billion, and restricting the ability of banks to buy portfolio insurance to reduce their capital requirements.

Mortgage insurance is mandatory in Canada when the borrower has a down payment of less than 20 per cent. It reimburses the bank if the borrower defaults on their mortgage. Portfolio or bulk insurance is something that banks can buy to cover large portfolios of previously uninsured mortgages.

CMHC estimates that the risk fee will result in a payment to the government of about $50-million next year, based on its projected insurance volumes, but that the hit to the Crown corporation’s earnings will be less than that because the fee will be amortized.

“We certainly don’t anticipate it to have any impact on the availability or cost of mortgage funding, so we don’t see it as a material event,” CMHC chief financial officer Brian Naish told reporters on a conference call Friday, adding that it will have a “very minimal impact on our bottom line.”

CMHC said it earned $452-million in the third quarter, up 20 per cent from a year ago, thanks largely to a reduction in net claims. The total amount of insurance in force fell to $559.8-billion, compared with $566.1-billion at the end of 2012.

Royal Bank of Canada analyst Geoffrey Kwan said that CMHC’s two private-sector rivals, Genworth MI Canada Inc. and Canada Guaranty, already have to pay a risk fee to the government of 2.25 per cent of premiums written.

The fact that CMHC’s new risk fee is higher than that likely reflects the fact that Ottawa provides more backstop to the Crown corporation, he added. The government guarantees 100 per cent of CMHC’s business, but only 90 per cent of its private-sector competitors.