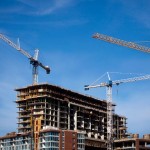 Siddall, who has been a special adviser to the Bank of Canada Governor for the past two years, will serve a five-year term at Canada Mortgage & Housing Corp. starting Jan. 1, the government said today in a statement.

Toronto-native Siddall holds a law degree from that city’s York University. He worked as a partner for Lazard Freres & Co. LLC and was managing director at the firm’s Canadian operations for six years, according to a biography on the Bank of Canada’s website. He has also held positions with Fort Reliance Co. and Bank of Montreal.

“I look forward to working with its dedicated staff, clients and stakeholders to ensure that Canadians continue to benefit from CMHC’s key role in providing affordable and accessible housing, as well as in promoting a strong financial system,” Siddall said in the statement.

At the central bank’s Toronto office, Siddal led projects that aimed to promote stability of the Canadian financial system.

In a Dec. 10 report, the central bank said “there is a risk of a correction in prices and construction activity” if the supply of new condo units in major cities such as Toronto isn’t absorbed. The housing market is also more vulnerable if demand has been inflated by investors who are more likely to get out of the market if it weakens, the bank said in the report.

“Mr. Siddall brings to the position extensive leadership and senior management experience,” Employment Minister Jason Kenney said in the statement. “His proven financial and capital markets expertise will be of tremendous value to CMHC.”