Freedom 58? How Canadians are shaving thousands off the cost of their mortgage 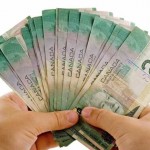 TORONTO — A new survey says Canadians, on average, expect to be mortgage-free by age 58, one year later than in a similar poll a year ago.

This 29-year-old pension analyst is $130,000 away from paying off his $425,000 home in Toronto, without money from parents or the lotto. Find out how But the survey, conducted for CIBC by Angus Reid, found some big discrepancies across the country.

For example, homeowners in British Columbia thought they wouldn’t be able to pay off their mortgages until they hit 66, while those in Alberta expected to be mortgage-free more than a decade earlier at 55. The survey also found that just over half of those polled were taking advantage of the current low interest rate environment to pay down their mortgages faster.

Fifty-five percent said they were putting in extra effort into repaying their mortgages, although that was down from 68% last year.

Related Canadians’ household debt worries ease as mortgage borrowing slows in May: RBC Savings crippled by kids’ illnesses, parents in their late 50s struggle to find a way to retire and pay off $287,000 mortgage How to pay $67,000 of debt in 3 years and save for a house and retirement CIBC says even small efforts can lead to big savings for homeowners in the long run.

The bank pointed out that even making a lump sum payment every year — for instance, putting the average $1,600 tax refund towards the mortgage — would shave off $33,103 of interest.

Of those paying off their mortgages quicker than necessary, 32% said they were making payments more often, 28% were increasing the amount they pay while 18% said they had made either an additional prepayment or a lump sump payment.