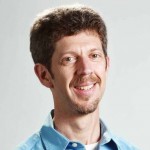 The housing boom of the past decade has given young adults a whole lot of debt and some pitiful gains in net worth.

The twenty- and thirtysomethings of Generation Y who are entering the market today are in for worse treatment. A mindset for those who choose to buy a house: It’s about lifestyle, not making an investment.

Home-ownership boosters base their argument that homes are a good investment on the fact that resale prices have increased more than 6 per cent annually since 2000, triple the inflation rate. This gain helped power a rise in household net worth that has been much talked about lately because it suggests households are financially strong.

Net worth is an overblown measure of financial health, as I argued in a recent column. But it’s especially irrelevant in telling us what’s happening with young people.

Statistics Canada says median net worth for families increased 78 per cent from 1999 to 2012 on an inflation-adjusted basis, or about 4.5 per cent a year. But in households where the age of the highest earner was under 35, net worth grew just 8.6 per cent in total, or about 0.6 per cent a year. Inflation averaged 2.2 per cent over that period, so those young-adult households were actually losing net worth on what economists call a real basis.

It’s quite normal for young adults to have done poorly on net worth. “Gains in net worth have been driven mostly by real estate appreciation and, of course, those under 35 tend to have very little equity in their houses,” said Doug Porter, chief economist at BMO Nesbitt Burns. “They probably didn’t benefit directly in the appreciation of homes in that period.”

What is a bit unusual is that net-worth growth in the under-35 bracket so markedly lagged the broader population, Mr. Porter said. He thinks this discrepancy can be explained as being a result of big home-equity gains by older households. They benefited from the housing boom much more than younger people because they owned more of their homes.

Okay, younger Canadians will catch up when future housing price gains help them build equity, too. Or so housing boosters say in the kind of forecast that is meant to encourage buyers to jump into the market, not help people make a sound financial decision.

A look at market fundamentals suggests prices can’t keep rising indefinitely. Affordability is stretched in some cities, and an aging baby boomer demographic will soon start a downsizing process that could flood the market with homes for sale. There’s also the financial world’s law of gravity to consider: An asset that soars in price must eventually give back some gains.

Mr. Porter’s forecast for housing: “I think prices will struggle to show any real gains in the next five to 10 years. Of course, it depends on the city. Calgary, for example, should do just fine.”

After 13 years of massive real estate price gains, young adults were left with only a token increase in net worth. Debt, sadly, is a different story. Statistics Canada says under-35 households owed $36.44 per $100 in assets in 2012, by far the highest of any age group.

Young adults had the biggest debt loads back in 1999 as well, and it’s easy to see why. Then, as now, they were still in the very early years of their mortgage and they may have had student debts to finish paying off. Carrying debt is normal for young people, you might say.

Problem is, you can’t rationalize or justify that debt today by saying it’s the cost of getting into a housing market with lots of upside. In fact, there’s some downside to consider. A price drop of 5 per cent would be fairly modest, and yet it would wipe out the equity of people making the minimum 5-per-cent down payment.

Gen Y, the investment argument for home buying is always suspect because it so rarely considers the cost of mortgage interest, property taxes, insurance and maintenance. Today, you’ve got to be even more skeptical. If you’re set on buying, make it for lifestyle reasons. Boomers will hit the jackpot with their homes, but you won’t.

Coming Saturday: The case for investing in the markets instead of buying a house, at least in the near term.