The Canadian housing market’s continued strength was on display again Friday, but news that prices are rising on a national level is sure to drive a new round of crash speculation. 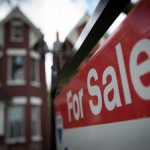 Rising home values tend to set off alarm bells among those calling for a correction — count the International Monetary Fund as a backer of that theory. The IMF said this week prices were up 60% during the past 15 years, on an inflation-adjusted basis, and the group is sticking with a call that prices could correct anywhere from 7% to 20%.

But Gregory Klump, chief economist with CREA, said the average national price is not a very good barometer for what is happening in the market because the growth in sales in Toronto and Vancouver tends to skew the market.

“All it takes is a pullback in sales activity [in those two] markets, not price, and that will affect the national average price,” Mr. Klump said. CREA noted that once you remove Greater Vancouver and Greater Toronto, the average national sales price in February was $326,910, an increase of only 1.5% on a year-over-year basis.

Factoring in the impact of declining oil prices, CREA updated its forecast on Friday, and now says sales are going to come down 1.1% in 2015 while prices rising 2%. By next year, Canadians can only look forward to another 2% price increase.

The pullback in housing has essentially already happened in some markets or is in the process of happening, with the exception of Toronto and Vancouver.

The Teranet-National Bank national composite index said prices were up nationally to record levels in February, but this was due to three cities. Hamilton, no doubt benefiting from its proximity to the Toronto, is also seeing an upswing in prices.

“Prices have corrected lately in many regions, the result being that prices have declined to their level of April 2012 (almost three years ago) in Halifax, Ottawa-Gatineau and Montreal, and of December 2012 in Quebec City,” said Marc Pinsonneault, an economist with National Bank.

Related Canada home prices keep rising despite slowdown in Prairies Canada household debt ratio hits new record of 163.3% Developers say foreign investors still a small segment of condo market Mr. Klump said that if you use the IMF’s methodology — the group merged CREA numbers with Teranet results — you do find prices are up about 60% since 2000, but the gains have been relatively modest since 2009.

“It’s disingenuous to say we are rising the same way now as we were before the [2008] recession,” said the economist.

None of this will silence the voices loudly predicting a correction. The most outrageous call in a while came in January from Deutsche Bank, which said the Canadian housing market was in serious trouble and almost 63% overvalued. So much for the past decade and a half of gains.

The housing correction call makes for great headlines and books — this month we were introduced to a new publication from Hilliard MacBeth called When the Bubble Bursts: Surviving the Canadian Real Estate Crash. The Edmonton-based portfolio manager is predicting a 50% decline in prices from current levels.

Mr. MacBeth says incomes have not kept pace with home price gains and that fuelled debt, which reached a record level in the fourth quarter of 2014. Household debt is now 163.3% of disposable income.

“All we need is for people to lose or fear they might lose income,” says Mr. MacBeth, adding the cascading effect would crumple the whole market. “We are at a very narrow tightrope act between income and debt, all it takes is a little shove for us to fall off the tightrope.”

The problem is he’s hardly the first person to make the call. And none of them has been right, while the people calling for a soft landing look increasingly accurate in their forecast. LATEST PERSONAL FINANCE VIDEOS

Financial makeover for the holidays