Getting a divorce? Here are four things to consider before selling your real estate

About 70,000 Canadian marriages end up in divorce every year. It’s an emotional decision that is almost impossible to decouple from the financial implications that follow.

Financial planners often say divorce is one of the worst decisions you can make, at least from a personal finance point of vie 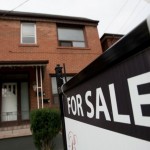 w. We know that, in general, married couples are wealthier than their single counterparts. Running separate households is always going to cost more than running a single one.

But even if splitting is the only option, it doesn’t necessarily mean that you can’t handle the real estate break-up wisely.

Timing can be everything: Waiting a few months could result in thousands of dollars in savings. Fees can be reduced if you can control when you have to sell. And, ultimately, if you’re selling on your own terms — rather than in a rush — you are more likely to yield a better price.

Here are four things to consider before you sell:

1. Try to control the timing. Are you selling during a period when the market is strong with good liquidity, as it often is in the spring or fall? If you need to sell quickly, it could mean leaving plenty of cash on the table. Selling during the busy season means there are more buyers out there and less likelihood you’ll have to sacrifice your sale price.

2. Don’t publicize the fact that you’re selling because of a divorce. Buyers, armed with that information, will lower their price. They might even seek out court documents, all public, showing your financial situation and any court order that says the house must be sold, including a minimum price to be accepted. If one spouse has moved out, you might even want to leave some of his or her clothes in the closet to keep buyers from getting wise.

3. Consider the transaction costs associated with selling. If you just signed a mortgage, you may be looking at tens of thousands of dollars in fees to break the mortgage. Then there are realtor commissions, land transfer taxes, legal fees and movers. Transaction costs can easily eat 8% to 10% of the equity you’re left with after selling your home.

4. Before you make the final decision to sell, take a look at comparable housing. Maybe there’s a way to keep the house. Selling a $1.5-million home could leave each party with $750,000 (assuming the whole thing’s paid off), but even that may only get you a condominium in the same area, a trip to the suburbs, or a whole new life filled with debt. It’s an emotional decision that is almost impossible to decouple from the financial implications that follow.

With files from Sarah Boseveld

While Toronto’s housing boom rolls on, some of the…

The Evil Within review: As close to old-school Resident…

RealtyforSale.ca, a new real estate listings that plans to roll out across Canada by early 2015, is presenting a new spin on how people shop for homes online Thirteen things successful people do in the first 10 minutes of the work day

How you handle the first 10 minutes of your workday can largely determine how productive and effective you’ll be the rest of the day. Learn from the best How the ‘GamerGate’ war is shaking up video game culture

After years of problematic sexual politics in gaming going undiscussed, the issue, having found an outlet in GamerGate, has consumed everything in its path Why companies should get serious about working out at work

Ryan Holmes: Given how critical fitness is to overall health, it’s worth looking at exercise in the one place nearly all of us spend a good chunk of time: the… You don’t need to be Churchill: 4 tips for leading effectively

How much can we really learn about leadership from the likes of Churchill, Gandhi, or Steve Jobs? Here are some realistic and attainable tips