Great news coming if you’re renewing a mortgage, you’re about to save money

Canadians renewing a mortgage in the next six months are likely to be all smiles as they end up with a lower interest rate that should prove to be positive for the overall economy, says a new report out Tuesday.

The Canadian Association of Accredited Mortgage Professionals says in its annual state of the mortgage market that the average existing rate in Canada for consumers with a mortgage due in first half of 2015 is 3.5%. Just 60,000 of the 140,000 people renewing in the next six months have a rate lower than 3.5%. 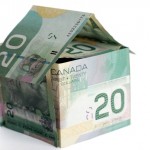 “During the coming year, mortgage renewal is likely to be a positive event for the borrowers and therefore the broader economy,” says the report.

Related Is helping children buy their first home becoming ‘the next parental responsibility’? One way to lose money even when you’ve made 5000% on your home Why the price of your home may not be up as much as you think

According to www.ratespy.com the best rate on a fixed five-year mortgage is now 2.74% while a five-year variable rate mortgage is 2.15% based on a hefty 85 basis point discount off of the prime rate that the product is tied to.

“We have seen in aggregate that interest payments as a share of disposable income have been trending downward. The reduced interest payments also allow many to accelerate principal payments and/ or increase spending. Regardless this is a net positive for the economy,” said Benjamin Tal, deputy chief economist for the Canadian Imperial Bank of Commerce.

Record low interest rates have continued to a propel the housing market to new heights and on Monday the Ottawa-based Canadian Real Estate Association reported that October sales were the strongest for the month since 2009.

Canadians who bought last year saw some of the best deals in history with the average rate negotiated over the first 10 months of the year 2.89%. That topped the average rate of 3.25% just six months earlier.

“Mortgage rates have been cut in half in the last seven years so it’s been a renewer’s paradise. But rates are leveling off. The clock is ticking on the opportunity to renew into substantially lower rates,” said Rob McLister, editor of Canadian Mortgage Trends.

CAAMP estimates that fewer than 25,000 borrowers saw rate increases of more than one percentage point, a small number in the context of the 5.64 million Canadian homeowners who have mortgages.

“Low interest rates continued to support sales in some of Canada’s more active and expensive urban housing markets and factored into the monthly increase for national sales,” said Beth Crosbie, president of CREA after the monthly results were released which showed the average home in Canada sold for $419,699 last month.

Despite low rates, Canadians are also trying to pay those loans down. The CAAMP survey shows that in the past year about 38% of people with a mortgage took some action to pay down their debt faster than they had to. The top choices at 16% were to increase a monthly payment or make a lump sum payment.

Another 7% of Canadians increased the frequency of their payments. One of the more popular recommendations in the mortgage industry is that consumers make a mortgage payment every two weeks instead of monthly. The 26 payments a year can reduce your amortization from 25 years to 21.5 years.

“The fall report paints a picture of homeowners whether just starting out on their ownership journey or long time mortgage holders, as remarkably confident,” said Jim Murphy, chief executive of CAAMP. “They wait until they are financially stable before buying, and they take advantage of low interest rates to aggressively reduce their mortgage debt. Home ownership continues to be an important anchor for the Canadian economy.”

The survey does show that Canadians are also using their home equity to finance other behaviour. CAAMP found that over the past year $63-billion of equity was taken out of homes. About 11% of homeowners took an equity take-out.

The most popular reason was debt consolidation with $20.6-billion of home equity used to repay consumer loans. Another $17.4-billion of debt was used for home renovation, $7.7-billion for investments, $6.6-billion for purchases including education and $10.3-billion for other purchases.

The survey is based on 2,000 online interviews and was done in mid-October.

How to teach your kids about money