From the “can’t believe everything you read” file comes this shocker from the Huffington Post:

Mortgage Debt Exploded In Past 4 Years 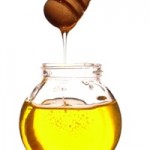 It’s a “risky explosion” in mortgage debt says the article, which triggered 80+ comments from riled up readers.

Unfortunately, the author overlooked the real reason for this “increase.”

In 2011 banks had to adopt International Financial Reporting Standards (IFRS). That required them to “reclassify” existing securitized mortgages and reflect them on their balance sheets. Prior to November 2011, banks held these same mortgages “off balance sheet.”

If you look at page S17 of this Bank of Canadadocument cited by Huffington Post, you’ll see a $259 billion jump in mortgages on bank balance sheets in November 2011. Roughly $250 billion of that was due merely to this accounting rule change. It wasn’t from new mortgages. Banks don’t even close that many mortgages in a whole year.

It’s unfortunate that stories like this make it through editing and fuel unwarranted skepticism of mortgage lending. Luckily, top policy-makers are informed enough to see through this bunk…one hopes.

Update (11:42 AM,  Sept. 9):  After this article was published, Huffington Post made a correction to its story to explain the error. Kudos to their editors for the quick fix. Here’s the Huffington Post’s updated story.

Robert McLister is the editor of CanadianMortgageTrends.com and a mortgage planner at Verico IntelliMortgage, a mortgage brokerage. You can also follow him on twitter at @CdnMortgageNews