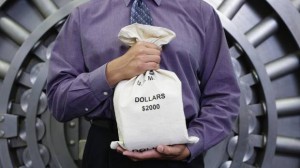 When financial institutions needed revenue and profit, they simply had their clients supply it.
(Fuse/thinkstock)

The little-discussed safety net that helped the big banks through the financial crisis was their complete, masters-of-the-world dominance over the day-to-day financial affairs of almost all Canadians.

When the banks need revenue and profits, they simply have their clients supply it. And so they did in 2007, as the crisis began to take shape, and for years afterward.

Let us recount the ways, starting with the repricing of variable-rate mortgages. Before the crisis, these mortgages were available at your lender’s prime rate minus a discount as large as 0.9 of a percentage point. At the height of the crisis, variable-rate mortgages were being sold with a markup over prime of one to 1.5 of a percentage point. Since then, the discount has gradually returned and is now at roughly 0.4 off prime.

A case can be made that fixed-rate mortgages would also be lower if precrisis pricing was used. Data from Canada Mortgage and Housing Corp. shows that in the 7.5 years prior to the crisis, posted five-year fixed-rate mortgages were priced at 2.44 percentage points on average above the yield on the five-year Government of Canada bond. Today, the gap is around 3.2 points, down a bit from peak levels but still higher than it was.

Discounted mortgages are also more expensive than they might have been, precrisis. They used to be sold at roughly one percentage point above the five-year Canada bond; today, the gap is more like 1.6 points for a well-discounted mortgage.

The home-equity line of credit is one more example of higher costs as a result of the crisis. HELOCs, as they’re called in the banking world, used to be available at prime. Today, the rate for these widely used borrowing tools is prime plus 0.5 to prime plus one. Rates on unsecured credit lines – where you don’t pledge your house as security – have also risen.

Banks made the argument that the crisis forced them to pay higher rates to raise funds for lending to clients, and that this cost had to be reflected in higher borrowing costs. Haven’t things calmed down by now?

To some extent, yes. But mortgage planner David Larock said banks have come under tighter regulations in the past few years that continue to play a role in higher lending costs. Customers have still come out ahead, he argues. “The [interest rate] discount we’ve enjoyed because of the crisis has far outweighed the marginally increased costs that lenders have for the most part passed on to consumers.”

The crisis was a stressful time for the banks, and they took it out on their customers in a variety of ways. One bank had the bright idea, just as a recession was asserting itself, to charge people a $35 inactivity fee if they left their unsecured credit line unused over a 12-month period. The fee was later cancelled after some embarrassing publicity.

Another gift of the crisis was one bank’s decision to bump up its credit card interest rate by five percentage points if a customer missed two consecutive minimum payments.

Even today, the banks continue to get tough with customers about borrowing. Some have started to adjust the interest rates on credit cards and other lending products according to a customer’s credit record. People who pay on time see no change, or a token rate cut. Those struggling with debt get loaded down with higher interest rates.

Not all changes in the banking business have been negative. In an effort to create pools of money they can profitably lend out, the banks have embraced the high-interest savings account. Thanks to competition between banks, interest rates in these accounts are in the low 1-per-cent range. That’s tiny by historical standards, but decent when compared to one-year term deposits and bond yields.

The consulting firm McVay and Associates says that savings deposit rates are 75 per cent higher than they were five years ago, with much of the cash coming out of money market mutual funds. Even after recent fee cuts, money market funds are only producing returns around 0.5 per cent.

Financially, Canada’s banks are in strong shape right now. Profits are rich, shares have been rising in price and dividends are being cranked higher on a regular basis. Take a moment to admire the turnaround. You helped pay for it.