Here’s Why Mortgage Credit Growth In Canada Has Been Slowing 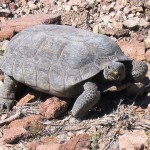 The latest reading from Statistics Canada shows that Canadian household indebtedness increased in the second quarter, with the ratio of household credit market debt to disposable income rising from 163.1 to 163.6 percent.

This increase was primarily attributable to weak income gains over the course of the quarter, as mortgage debt – which makes up nearly two thirds of total household credit – grew at its slowest annual clip since Q3 2001.

In a new note, TD economist Diana Petramala explains why mortgage credit growth has been on the decline.

Canadians, according to Petramala, are taking advantage of ultra-low interest rates to make substantial progress on paying down their principals:

via TD Economics“Evidence suggests that households are taking an active approach to debt management by paying down their principal more aggressively and drawing less equity from their homes for consumption purposes,” Petramala writes. “Canadian households are paying roughly $4 billion dollars less in interest on an annual basis than they were heading into the recession, but on the flip side they are paying that much more in principal.”

The data signal that homebuyers aren’t maximizing the amount they could borrow from a bank, but rather, are choosing to have a higher amount of equity in their property at the time they move in:

Update: North Cove’s Ben Rabidoux points out that the drop-off in insured mortgages can be largely attributed to the decrease in bulk insurance origination from the Canada Mortgage and Housing Corporation, and less so to larger down payments.

The perpetual strength of Canada’s housing market, with the MLS Home Price Index showing that home prices have been rising by 5 percent year-over-year throughout 2014 (compared to an average of 2.8 percent in 2013), is hard to square with a decline in mortgage credit growth. But this report provides a rather compelling explanation for how this has been able to occur:

1) Homebuyers (both first-time and those downsizing or upgrading) continue to fuel credit mortgage growth, and in turn, home price appreciation. However, their average loan-to-value ratio has decreased, in other words, these borrowers are behaving more prudently, and that has kept a lid on mortgage credit growth.

2) Existing homeowners electing to aggressively pay down their principal has offset the growth in new mortgages (and total mortgage credit) more than it did during the period immediately preceding and following the financial crisis.

Petramala’s note implies that this time really is different; that the current situation in Canada is not an apples-to-apples comparison to that of the United States prior to the massive housing bust that brought the global economy to its knees.

Despite this encouraging trend of slowing mortgage credit growth, the economist warns that “the lure of low interest rates may prove to be too strong for Canadian consumers, and the potential for a reacceleration in debt growth remains high.”

READ MORE: How Is Canada’s Housing Market Getting Stronger While The Labour Market Deteriorates?

SEE ALSO: Should Canadian Households Get The Gold For Debt Management?