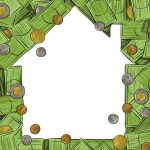 It amounts to financial heresy to some conservative investors but paying down your mortgage early just might not be the best plan.

Should you rent or own your home?

People say that when you grow up, you buy a home. Who are these “people?” Your married friends, your parents and other grown-ups who ask: “Don’t you want to own something other than a bike? Aren’t you sick of putting money into your landlord’s pocket?”

The message of debt being out of control is directed at us continually. If it’s not the finance minister telling us to stay out of debt trouble, it’s some Bank of Canada official.

There is something to this message. The percentage of household debt to disposable income dropped a tad last quarter but it’s still at about 164% — close to an all-time high.

It’s not all that hard to see why. Interest rates continue to hover near record lows. The prime rate at most banks, which variable rate mortgages are tied to, is at 3% but ratesupermarket.ca says it’s more like 2.35% with discounting. Lock in for five years and you still get 2.94% for the term.

Pay that mortgage off? Why would you bother, especially if that money could be invested elsewhere at a higher rate?

Mortgage broker Calum Ross says there is an opportunity to invest in today’s market using the money you would otherwise earmark for your mortgage.

“If you don’t have a mortgage today and you are in the top tax bracket, you don’t understand the basic rules of personal finance,” says Mr. Ross.

You’ll need a little tolerance for risk to adopt his strategy but he says you might need that in order to avoid “flipping burgers” in your old age because you don’t have enough money for retirement.

For starters, you need to have some spare cash on hand. The key to his investment strategy is having some extra cash flow.

You have to make a clear distinction between your tax deductible investments and those not-tax deductible like the mortgage on your principle residence.

“If you’re borrowing for the purpose of investing, you can write off the interest,” says Mr. Ross, adding the key is not co-mingling your debt.

He says you have to be mindful of some rules the Canada Revenue Agency has on the timing of these transactions.

Mr. Ross has a simple formula for making sure the investment makes sense. Subtract your marginal tax percentage from one and multiply by the interest rate to borrow.

“The average consumer does not conceptualize the difference between after-tax cost and and average tax rate of return. The advantage definitely goes to people in a higher income tax bracket,” says Mr. Ross.

He says it’s really not that hard to get a 3% return in the market and that’s based on 5% interest. It may look like a a strategy for high income earners but as Mr. Ross says “it doesn’t take long to get in the middle tax bracket in Canada.”

Real estate author Don Campbell wonders whether the strategy will work for some people from a discipline point of view. “They [get a loan and] put the money in the investment and when [the income return] starts coming back from the investment, do they pay the loan down? For some people they start thinking ‘maybe I should use the money for something else, go on a vacation’.”

The rules change a bit as you hit retirement, when you want to get that mortgage paid so you don’t have it hanging over your head in your retirement.

Mr. Campbell also wouldn’t want any loans on his home that would leave him with less than 25% equity in the property. “I want a buffer in everything that I do,” he says.

There’s another issue to consider when it comes to paying off your mortgage and that’s not stretching yourself financially, says Michelle Snow, associate vice-president retail banking products and services at TD Canada Trust.

“You want to balance a healthy retirement with making sure you are not pinching yourself so you can’t make contributions,” said Ms. Snow, who still favours the concept of paying down that mortgage.

There are also contributions you might want to make to a Registered Education Savings Plan before paying off your mortgage. The government offers a grant of 20% for every dollar put into an RESP per child, up to $500 annually in grant money to a maximum of $7,400 lifetime.

There’s nothing to stop you from taking the big lump of cash you might have and pumping it into your RRSP, if you have unused room. Your tax refund could then be used to pay down your mortgage.

You also need a little cash to run your actual house and if paying down your mortgage hampers that, you need to reconsider.

“Owning a home has embedded expenses in it, be it property taxes, utilities etc.,” said Ms. Snow. “Consider all your financial obligations before making a decision.”