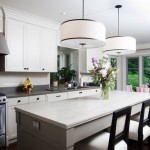 TORONTO • It could be just the impact of all those home-renovation television programs, but Canadians are fixing up their properties like never before, according to a new report.

While there’s no universal ‘right’ answer, start your decision process by asking yourself these five questions

“Willingness, at least in part, can be attributed to what is sometimes referred to as the HGTV effect,” Toronto-based real estate consultants Altus Group said, referring to the television station HGTV Canada that launched in 1997 with an emphasis on home renovation. “Many homeowners did not know how badly they really wanted new designer kitchens until then.”

Renovation spending has been rising for 15 straight years and reached a record $63.4-billion in 2013, which accounted for 3.7% of total Canadian gross domestic product, Altus said. More money is being spent on renovation than on all new home construction.

It’s not just leaky roofs that are part of that spending; three of every four renovation dollars are being spent on real home improvement. In real dollar terms, renovation spending jumped 2.7% in 2013.

Altus is predicting about 3% growth in real dollar terms in renovation spending both this year and next as homeowners turn to sprucing up their abodes in the face of record home prices.

Canada has a larger housing stock than it did a decade ago, which is partly why renovation spending has more than doubled since the latter 1990s. But Altus estimates only 25% of the growth is due to the greater number of houses, with three quarters of that attributable to people just spending more per housing unit.

Altus said there is a “willingness and ability” to undertake renovation work.

The willingness may come from seeing fancy kitchens on TV, but the ability to pay for these renovations can be attributed to lower interest rates and rising home values that have left homeowners with more equity to tap into for a substantial upgrade.

“Essentially, home owners pulled money out of their homes only to put it right back in,” said Altus, which found mortgage financing and home equity lines of credit were the most common method to get cash for a project.

However, Altus also noted statistics from Bank of Canada show many people have the cash to do projects without borrowing. From 1999-2010, borrowing only accounted for 25% of all renovation work.

Alberta is expected to lead the pack in renovation spending in 2014 and 2015 with the Altus survey indicating a growth in spending of 5% each year in the province.

On a dollar level, Ontario and Quebec still account for most of the activity in the country with two of every three renovation dollars spent in those provinces. Ontario spending is forecast to grow 2.6% next year, just below the 2.9% national average.