DAVID ISRAELSON- Special to The Globe and Mail 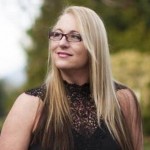 Before the mortgage rules were tightened, some buyers were ill prepared for making such a big purchase, says Kristina Berg, mortgage consultant with Dreyer Group Mortgages in Surrey, B.C.
(Rafal Gerszak For The Globe and Mail)

When the Occupy movement hit the headlines in 2011, we heard about the 99 per cent, but when it comes to getting a mortgage there’s another group in Canada – the 9 per cent.

These are the nearly one in 10 prospective home buyers who as recently as two years ago qualified for mortgages but no longer do so. Rule changes have made it tougher for them to scrape together down payments, to get mortgage insurance and to arrange affordable payment terms.

What’s a buyer in the marginal category to do? It’s estimated that the typical 9 per center needs up to three and a half years longer to buy a home than before the rules were tightened, and the finish line keeps moving in popular centres where home prices are rising, such as Toronto or Vancouver.

“My question for young people [seeking a mortgage] is: If someone loses their job in your household, how are you going to get out of this? You find that all of a sudden you’re in a hamster cage,” says Kristina Berg, a mortgage consultant with Dreyer Group Mortgages in Surrey, B.C.

The federal government has tightened mortgage lending rules at least four times since 2008, to discourage buyers from taking on excessive debt that could lead to defaults, foreclosures and bankruptcies, as happened in the United States and other countries.

The tighter rules include regulators putting an end, in 2012, to zero-money-down mortgages, as well as shortening the maximum amortization period for a mortgage to 25 years, down from 30, making payments higher.

Purchasers can still put as little as 5 per cent down. But those who put down less than 20 per cent are required to buy insurance from Canada Mortgage and Housing Corp., which has just raised premiums. Also, the rules for obtaining home equity lines of credit and purchasing rental properties are tighter.

Despite the squeeze, wannabe purchasers have a few, limited options.

“The short answer is to look to the bank of mom and dad,” says Bill Johnston, manager and legal counsel with Bosley Real Estate Ltd. and director of the Canadian Real Estate Association. Indeed, with house prices nearing the stratosphere in major centres, young Canadians are turning more to parents and relatives to help put together a down payment.

The difficulty, of course, is that not everyone has relatives who can shell out money. For those who don’t, another option is to lower your expectations, says Trish Bongard Godfrey, a Toronto real estate agent.

“If people can’t afford houses they can look at condos. People are also buying farther from downtown,” she says. In Toronto, “I know everyone wants to live downtown, but they’re now looking in places like Hamilton and Markham. That’s why we need better rapid transit – we absolutely need to fix that.”

The 9 per centers who are first-time buyers can also borrow from their own registered retirement savings plan, says Ms. Berg. They can borrow up to $25,000 from their RRSPs – there is no tax penalty if they pay this back within 15 years from the time of their home purchase.

“If you only have 5 per cent to put down you can get an RRSP loan for the next 5 per cent and then borrow from your own RRSP,” Ms. Berg says. First, however, you should make sure that your financial institution doesn’t have a rule requiring you to keep the money in your RRSP for a minimum length of time, she warns.

Another option is to be creative about where you want to live, and how, Ms. Berg adds. Some young people are looking at co-ownership with other couples, for example – buying a house with separate living quarters and sharing the mortgage payments.

Others are looking at homes that include rental units. These do cost more, though, and as a landlord, you’re responsible for upkeep in your tenants’ quarters, too.

The wisest thing to do, says Ms. Berg, is to try to live within your means. The new rules are “a reality check,” she says.

“Pay off some debt. Don’t buy a car; lease or get a used one. Save a little more.”