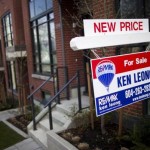 The Globe’s new Real Estate Beat offers news and analysis on the Canadian housing market from real estate reporter, Tara Perkins, and others. Read more on The Globe’s housing page and follow Tara on Twitter @TaraPerkins.

Canadian home prices appear to be picking up a little steam.

The gains come even after a sluggish winter for home sales, and forecasts from a number of economists for price growth to peter out.

Teranet-National Bank’s house price index, which tracks 11 cities, hit an all-time high in April, with prices rising 0.5 per cent from March and 4.9 per cent from a year earlier.

“Home prices are starting to show early signs of accelerating – even when adjusting for quality,” Toronto-Dominion Bank economist Diana Petramala wrote in a research note after the numbers came out, saying prices have maintained more momentum this year than TD economists anticipated.

“We continue to believe that home price growth will moderate in the second half of 2014,” she added.

In the meantime, Royal Bank of Canada economist Robert Hogue says that prices are rising faster than incomes. And if the current pace of price growth keeps up, that could be problematic. “This is starting to get uncomfortable, because it’s going to affect affordability,” he told me.

It’s not going to become an issue immediately. Declines in mortgage rates in recent months have helped to offset price gains when it comes to affordability, he points out. “But at some point interest rates are going to start moving up.”

“With home prices already estimated to be 10 per cent overvalued, the risk is for more froth to gather in the Canadian housing market,” Ms. Petramala wrote.

Digging into the numbers, there is a wide variation between markets. Some, such as Winnipeg, Toronto, Calgary and Vancouver, saw prices hit new highs in April. Others saw prices fall. Here’s how the markets fared, first from the prior month, and then from a year earlier:

It’s the first time since October 2010 that prices were down year-over-year in five markets, and it’s the third-weakest gain in prices for the month of April since 1999, outside of a recession. But it’s still stronger than many economists expected.

“Lack of homes for sale in many of Canada’s major markets appears to be a key reason for mounting price pressures,” Ms. Petramala wrote.

The cities with the sharpest price growth – Vancouver, Calgary and Toronto – are currently seller’s markets, while those where prices are falling are buyer’s markets, she said. “Following many years of rampant new home construction, Montreal, Quebec City and Ottawa are currently grappling with an inventory overhang of condos on the market,” she added.