13 tips for selling your home in winter 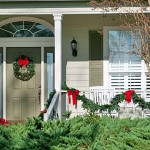 Sure, there are fewer buyers and the skies are gloomy. So warm and brighten up the place; make it look like a refuge from the weather.

What makes selling a home more stressful? Selling it in the middle of winter.

The lawn is brown, the weather is usually bad and, unlike the longer days of summer, you have less time to show it off during daylight hours.

But not everyone has the luxury of waiting until the traditional spring or summer home-buying season to plant that “for sale” sign. And while it’s true that in most areas you’ll probably have fewer buyers during the winter, you will have less competition from other sellers.

The season makes staging — the concept of showing your house at its best — even more important.

Be prepared to put a little effort into it. “It’s more difficult to make something look really appealing this time of year,” says Ron Phipps, broker with Phipps Realty in Warwick, R.I.

If you do it right, you can really make your house stand out.

1. Keep snow and ice at bay.
The top tip from agents: If the buyer can’t get in easily, the house won’t sell. That means keeping walkways and driveways free of the frozen stuff. Just like trimming the lawn in the summer, you want to make the home look like it’s been maintained. If you’re away frequently or live in an area that’s subject to bad weather, it can pay to hire a service to regularly salt or shovel the driveway and sidewalks.

What’s your home worth?

2. Warm it up.
If you’re showing during the winter, think “warm, cozy and homey,” says Ken Libby, owner of Stowe Realty in Stowe, Vt., and a regional vice president of the National Association of Realtors.

Before a buyer comes through, adjust the thermostat to a warmer temperature to make it welcoming. “Sellers like to turn the temperature down because of heat costs,” says David Ledebuhr, president and owner of Musselman Realty in East Lansing, Mich., and a regional vice president of the National Association of Realtors. “But buyers who come in and aren’t comfortable won’t stay long.”

If you have a gas fireplace, turning it on right before the tour can give the house a little ambience, Libby says.

With a wood-burning fireplace, you’ve got to be a little more careful. If the house is vacant, don’t chance it. But if you’re still living there and will be there during the tour, it can be a nice touch.

Many times, sellers leave right before the agent and prospective buyers arrive. In that case, adjust the heat to a comfortable temperature and have the hearth set for a fire. Buyers feel the warmth and see the potential, and you don’t have to worry about safety concerns.

3. Take advantage of natural light.
“Encourage showing during the high-daylight hours,” Ledebuhr says. At this time of year, “if you show after work, you’re totally in the dark.”

Make the most of the light you do have. Have the curtains and blinds cleaned and open them as wide as possible during daytime showings. Clean all the lamps and built-in fixtures, and replace the bulbs with the highest wattage that they will safely accommodate. Before you show the house, turn on all the lights.

4. Get the windows washed.
“Buyers act on the first impression,” Ledebuhr says. Windows are one thing that many sellers don’t even consider. In winter, that strong southern light can reveal grime and make it look like the home hasn’t been well-maintained.

6. Make it comfortable and cozy.
Set the scene and help the buyers see themselves living happily in this house. Consider things such as putting a warm throw on the sofa or folding back the thick comforter on the bed. Tap into “the simple things this time of year that make you feel like you’re home,” Phipps says.

7. Emphasize winter positives.
Is your home on a bus route or some other vital service that means it’s plowed or de-iced regularly in bad weather? Be sure to mention that to the buyers.

8. Set up timers.
You want your home to look warm and welcoming whenever prospective buyers drive past. But you’re not home all the time, so put indoor and outdoor lights on timers, Phipps says.

Look at the outside lighting around the door. Is there enough illumination to make it inviting? If not, either get the fixtures changed or have new ones added.

9. Make it festive.
Even if you’re not actually going to be present, greet your buyers as if they were going to be guests at a party, Phipps says. Set up the dinner table with the good china and silver. Have a plate of cookies for your guests, some warm cider or even chilled bottles of water.

“First impressions are so powerful,” Phipps says. “If it looks like you’re expecting me and greeting me as company, that’s a powerful impact.”

10. Give the home a nice aroma.
The No. 1 favorite? “Chocolate-chip cookies,” Libby says. “Just about everybody likes that smell.”

“But don’t overdo it, either,” Ledebuhr says. Scented candles in every room or those plug-in air fresheners can leave buyers wondering what you’re trying to mask.

Watch the bad smells, too. Pet smells, smoke and musty odors can cling to curtains and carpets. Ask your real-estate agent or a friend to give it a sniff test. Then clean the house, air it out and replace drapes, carpets or rugs before you show it.

11. Protect your investment.
Some sellers (or their agents) will ask buyers to either remove shoes or slip on paper “booties” over their footwear before touring the house. Many buyers like that, Phipps says. It indicates a “pride of ownership and meticulousness that resonates with buyers,” he says.

12. Use the season to your advantage.
While the holidays are over (and the Christmas and Hanukkah stuff should come down), you can still use winter wreaths and dried arrangements around the door to spark interest. “Anything seasonally appropriate is fun,” Phipps says.

In the winter, with the leaves off the trees, you might also have a nice view that isn’t as apparent in the spring and summer months. It’s a great time to sell waterfront properties, Phipps says. “You can see the views better this time of year.”

13. Consider the area.
In some parts of the country, such as ski areas or warmer regions where the snowbirds flock, winter weather can actually be a selling point. “We’re right in the middle of our selling season,” says Libby, who is located in Vermont. “It’s not always spring and summer.”