Houses might not be as overvalued as the Bank of Canada thinks, Moody’s report suggests

A new report from Moody’s Analytics suggests the Canadian housing market has seen some “structural changes” that might justify today’s prices. 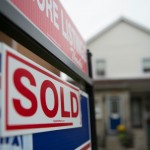 “One possibility is that two decades of lower and more stable mortgage rates, together with regulatory safeguards, have raised the risk-adjusted return on housing investments,” said Mark Hopkins, author of the Moody’s report. “This would shift readings such as the ratio of house prices to rents and to median incomes upward.”

The Bank of Canada caused a stir this week when it suggested that housing may be anywhere from 10 to 30% overvalued although it downplayed talk of a crash.

Related Bank of Canada warns house prices are overvalued by up to 30% Bank of Canada providing ‘forward confusion’ about state of housing market “This is comparable to levels reached in 1981 and 1990, periods followed by significant price declines as interest rates rose and the economy went into recession. Nevertheless, the BoC said the recent upward creep in valuations has been more gradual, pointing toward a softer landing,” wrote Mr. Hopkins.

He suggested risks factors around housing are significant but overvaluation depends on on the region in the country.

Mr. Hopkins said Canadian housing is a little less than 15% overvalued nationally with some major variations in some metro areas. He noted Toronto and Vancouver are heavily weighted in the national number, leading to the perception that housing is overvalued.

“Price growth since 2000 looks less like a speculative bubble and more like a reflection of structural changes affecting traditional valuation metrics,” said Mr. Hopkins. “Similar changes could result from changing preferences, including the rising urbanization rate and the popularity of homeownership among immigrants, now the main contributors to Canadian household formation.”

Moody’s Analytics does say growth in Canadian house prices will slow through 2017 as interest rates go up but price growth will resume after that and will start to match income growth.