Housing bubble begone. Turns out we just might need all those new condos and houses

Are we really overbuilding, constructing too many condominiums and creating too much sprawl? A new report maintains we need that housing more than ever.

Great news coming if you’re renewing a mortgage, you’re about to save money

Canadians renewing a mortgage in the ne 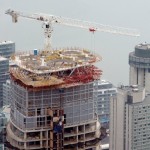 xt six months are likely to be all smiles as they end up with a lower interest rate that should also boost the overall economy, says a new report Benjamin Tal, deputy chief economist with Canadian Imperial Bank of Commerce, says we might be substantially underestimating household formation because we are not factoring in up to 100,000 immigrants.

“Ask any real estate developer in any of Canada’s major cities about the risk of overbuilding, and the first line of defence would be immigration and its critical role in supporting demand,” writes Mr. Tal, in a note he coauthored with Nick Exarhos. “It turns out that at least for now, this claim is more valid than widely believed.”

Mr. Tal points out that not only do new immigrants account for about 70% of our population growth about half of them are in the 25-44 age cohort, a key demographic that will lead to more household formation.

In 2013, the number of Canadians aged 20-44 grew by 1.1% which is the fastest pace in more than two decades and stronger than the average of countries in the Organisation for Economic Co-operation and Development.

Related Why the price of your home may not be up as much as you think Toronto and Vancouver home prices pass Rome and close in on Paris Calgary’s condo market booming as average price for single-family homes tops half a million “Healthier demographics are benefitting trends in household formation,” the pair write. “In fact, despite some concerns of overbuilding in the current housing boom, the ratio of housing starts to household formation is not far from its long-term average of 1.03.”

The bottom line is that when the housing boom does wind down it will not be as dramatic as once feared because of those immigrants picking up the slack, argues the paper.

In spate of the stronger than anticipated household formation, markets in Alberta, British Columbia and Ontario might still be outstripping what should be built based on demographics.

Their argument that immigration is being underestimated comes largely from underestimating the number of non-permanent residents in Canada which includes students, temporary workers and humanitarian refugees. That number was 22,000 in 2013 which brought the total number of NPRs to 774,000.

“Those are big numbers. And evidently when it comes to measuring household formation in Canada and its implication for the appropriate level of home-building, we understate the number of those non-permanent residents,” say the economists.

The pair say researchers are using the 2011 census to estimate household formation in Canada and that census bases household formation on 400,000 non-permanent residents which is 200,000 below even figures reported by Citizen and Immigration Canada.

“It’s a huge gap,” they write. “The gap is increasingly becoming more relevant for household demand since a growing portion of non-permanent residents come from workers and students with a high propensity to rent.”

The pair say there is no doubt that the pace of growth of the echo generation is slowing and foreign workers will face more barriers to entry albeit that will be offset by a decision by Ottawa to raise the annual immigration quota by 20,000 to 30,000 per year.

“But for the here and now, any claim of significant overbuilding in the Canadian market is not supported by the rise in household formation relative to starts,” says the paper, adding non-permanent residents will continue to provide the market a cushion from any downturn.