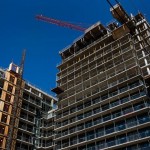 TORONTO — Canada’s housing market is 10% overvalued, with the biggest risks in condominium overbuilding and uncertainty over how many investors are buying, but the risk of a U.S.-style collapse is low, a top executive at Canada’s second largest bank said on Monday.

Instead, TD Bank, one of the country’s top three mortgage lenders and a growing retail banking presence on the U.S. East Coast, is watching house appreciation and the growing supply of condominiums.

“The high-rise condo market is an area we’re certainly watching closely, and I think all of the other banks, as well and the regulator, (are watching),” Ms. Reikman said in an interview.

“Just by virtue of the fact there is a lot of new construction of high-rise condos, and there are some questions around … how many of those are being purchased by investors as opposed to people (who) are actually living in them as a primary residence,” she told Reuters.

Related Here’s why paying off your mortgage isn’t always the best idea Canada housing correction could trigger another recession, BMO report says Foreign investors have helped drive up Canadian real estate prices by parking their money in relatively cheap and plentiful real estate, but some fear that a sudden withdrawal of investors could leave a glut of condos and falling prices.

Ms. Reikman said the banks do not have much better data on investors than anyone else does.

“The data on that is less than perfect, so we don’t have a perfect line of sight … we rely on the buyer to basically be upfront and let us know if they are buying it to own or if they are buying it as an investment property,” she said. “You’ll find that that’s probably one area that all the banks will say is difficult to tell, as will the builders.”

While foreign observers, including the International Monetary Fund and the Organisation for Economic Co-operation and Development, have warned that Canada’s housing market is among the most overvalued in the world, the nation’s major banks have been more sanguine, saying there are structural reasons why the high prices are mores sustainable than they may appear.

“We think the (overvaluation) number might be — generally across the Canadian market — maybe about 10%, as opposed (to) the numbers we’ve seen from some of (those) external to Canada, anywhere between 30-to-60%,” she said.

The Canadian market cannot be compared to the U.S. sector before its collapse due to several factors: Canada’s requirement of insurance for mortgages with less than 80% loan-to-value; conservative underwriting standards; a tiny subprime market, and Canadian lenders typically keeping mortgage on their books, Ms. Reikman said.

“We look at all of those things and think there are some pretty fundamental reasons why the U.S.-style collapse can’t happen here or is highly unlikely to happen here,” she said.