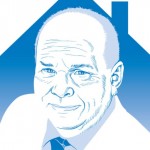 Balanced. That’s the way the head of one of Canada’s two private mortgage default insurers sees the housing market today.

A day doesn’t go buy without some commentator or some media outlet suggesting the housing market is going to crash. But Andy Charles, the chief executive of Canada Guaranty, says much of that view is based on a national average skewed by a handful of hot markets.

“I think we need to keep in mind what is driving house price increases in Canada right now. It’s largely three cities, Toronto, Calgary and Vancouver,” said Mr. Charles. “If you look to eastern Canada, we are seeing price decreases. I hesitate to look at Canada in one national framework when it’s three cities driving the increase.”

Statistics released by the Canadian Real Estate Association bear that out. Nationally, prices rose 6.9% in June from a year ago to $413,215 but if you look at the $21.2-billion in activity for the month, almost half can be attributed to the big three cities he’s talking about. Those cities are driving up the national average.

Mr. Charles agreed to sit down with the Financial Post and discuss the state of the market in the face of ongoing changes at his major rival, Canada Mortgage and Housing Corp. Mortgage default insurance, which protects the bank in the event you can’t pay, is something every Canadian homeowner with less than a 20% down payment must have.

This week, Chicago-based credit agency Fitch Ratings jumped into the fray, saying the Canadian housing market was 20% overvalued and needed even more government regulation despite four previous moves by Ottawa to cool housing off.

Mr. Charles doesn’t believe the federal government needs to do any more at this point. “The steps the Department of Finance has taken over the years have been prudent and resulted in a much stronger marketplace,” he says.

The chief executive says mortgage insurers are keeping a close eye on the market and people they are insuring to make sure they can stay in their homes in a rising interest rate environment, should that play out.

Some analysts suggest Canada Guaranty has secured as much as 13% of the mortgage default insurance market in the country in the four years since the Ontario Teachers’ Pension Plan Board took it over in 2010 and rebranded it. The share could jump with the federal government signalling it plans to scale back the role of CMHC in the marketplace.

“The changes at CMHC to date have been relatively modest, however the direction of CMHC that is evolving around reducing its exposure to the housing market is obviously a net positive for the private sector competitors,” said Mr. Charles. “CMHC has been a very positive contributor to our industry over the the last 60 years. It just doesn’t need to be the dominate player going forward, particularly when you have well-capitalized private players willing to prudently take on the housing market risk.”

Here is an edited transcript of the interview with Mr. Charles:

Q. Can you ever see a mortgage default insurance market that is totally privatized?

A. I would anticipate the government of Canada through CMHC continuing to be a player in mortgage default, just not at the current levels.

Q. At one point there were as many as six mortgage default insurers either in the Canadian market or planning to enter. Your company was originally owned by American International Group, Inc. before the group led by Teachers’ bought the company out. There are now only three players. Could we see more competition in the future?

A. When the financial crisis hit in the U.S., there was a lot of pressure to repatriate the capital from the Canadian marketplace. I’m not aware of any new competitors entering the marketplace.

Q. You are controlled by one of Canada’s largest pension funds. What has that meant to you in terms of market share?

A. We’ve been able to grow being 100% Canadian-owned with the sponsorship of the Ontario Teachers’ Pension Plan and our ownership team, overall we have been well-received by the marketplace. It is a key consideration, having well-known, well regarded ownership.

Q. How much competition is there really in the market? There are some things you insure that CMHC doesn’t, like second homes. But some might point to the fact CMHC increased premiums in May and private competitors were pretty quick to pass on the exact same increase.

A. It’s a fair comment. But you will always see nuances. If you think about it, the government of Canada, through a sandbox, really dictates the type of product offerings in the marketplace. You won’t see a lot of differentiation. You will continue to see some differentiation on some on the peripheral products. The larger question is how does CMHC move from being a dominant player to just a player in the space?

Q. The government backs CMHC insured mortgages 100% but only 90% for the two private companies, how important is that 10 percentage point gap?

A. I believe it’s less of a factor today. There are a number of reasons. One of them is the strength of the ownership team at Canada Guaranty. But the level of capital required [for insured mortgages] continues to increase, so there’s that buffer which is healthy for the housing market. All three mortgage insurers are now regulated by [Office of the Superintendent of Financial Institutions].

Q. Can you ever see a world where the government gets completely out of backing mortgage default insurance for companies like yours?

A. It would be difficult to fathom (as long as the CMHC is still in the marketplace with its government backing). The point I would emphasize is if the private sector competitors take on more of the risk, you are putting private capital in play before the government backstop can be triggered. That’s the important nuance to emphasize, it’s putting private capital at risk instead of public capital.

Q. Can you see mortgage insurance evolving into a more risk-based system where your premium is based more on individual risk factors like your credit score?

A. I don’t anticipate any movement in that direction in the short run. With CMHC being the dominant player, it becomes difficult to have price differentiation in the marketplace.