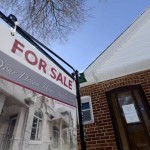 Sales of existing homes rose for the sixth month in a row in July, hitting their highest level since March 2010, as some of the country’s softer real estate markets sprung to life.

Cities such as Montreal, Ottawa, Victoria, Winnipeg and Halifax received a sales boost from June on a seasonally adjusted basis, even as activity softened in Toronto, Calgary and Vancouver.

“This latest crop of statistics on Canada’s housing market indicates that upward momentum is being sustained at this point, and that any slowing in activity will have to wait a little longer,” Royal Bank of Canada economist Robert Hogue wrote in a research note Friday.

Overall, the number of existing homes that changed hands in Canada last month was up 7.2 per cent from a year earlier, according to the Canadian Real Estate Association, which represents realtors. Sales activity so far this year is now 4.7-per-cent higher than during the same period last year, and in line with the average level for the past decade.

The sales numbers come after Canada Mortgage and Housing Corp. ratcheted up its outlook for Canadian home sales, prices and construction earlier this week, with economists saying that lower-than-expected mortgage rates are fuelling the market.

Friday’s data prompted Mr. Hogue to bolster his outlook, saying he now expects sales to rise 2.1 per cent this year and prices to rise 4.3 per cent (he previously forecast gains of 0.8 per cent and 3.4 per cent respectively). “The national market’s performance has been stronger than we expected so far this year,” he wrote. “We still project home resales to decline slightly in 2015 nationwide [by 0.9 per cent], and prices to decelerate substantially [to a gain of 1.1 per cent]. Outright price declines are likely to occur after 2015, when we expect higher levels of condo completions to match up against cooler homebuyer demand.”

The average sales price in July was 5 per cent higher than a year earlier, at $401,585. Excluding Vancouver and Toronto from the mix, average prices rose 4 per cent to $327,988.

The MLS Home Price Index, which tries to measure prices while removing factors that can distort the average – such as higher sales in more expensive markets – was up by about the same amount as the average, posting a 5.3-per-cent gain.

Price growth had been 5.4 per cent in June. It picked up in July for detached homes and townhouses, and was a bit slower for apartments or condos. Calgary, Toronto and Vancouver continued to show the strongest annual price increases.

Toronto-Dominion Bank economist Leslie Preston noted that price growth were uneven. Only Calgary and Toronto, with year-over-year gains of 10.5 per cent and 7.9 per cent respectively, saw prices rise more than average, Ms. Preston wrote in a research note. Prices in Vancouver were up 4.4 per cent. “Elsewhere, price trends in Regina [-1.6 per cent], Ottawa [0 per cent], Montreal [+0.5 per cent], the Fraser Valley [+1.3 per cent] and Saskatoon [+1.3 per cent] are all below the rate of inflation,” she wrote.

“However, existing home prices [average and on a quality-adjusted basis] are on track to outstrip income growth for a second straight year in 2014, which adds to concerns about an already-overpriced market,” she added. “Affordability, even at low interest rates, has become an obstacle in many markets. This contributes to our view the Canadian housing market will cool later this year and into 2015 as interest rates are likely to nudge higher.”