For those of you who are seeking to buy a home or if you’re considering refinancing your mortgage, then now might be the ideal time to do so.

Why? Vancouver mortgage brokers are keeping a close watch on what is happening with Canadian Government Bonds (GoC’s). The reason why GoC’s are important is because bond yields often have a direct impact on the direction of fixed mortgage pricing.

Just recently, Canada’s 5-year bond yield broached a 3-month high. The expectation of most Vancouver mortgage brokers is that the impact of these higher bond yields will also result in increased fixed mortgage rates.

The Government of Canada 5 year bond yield has increased by 33 basis points in less than a month and is used by the mortgage industry as the pricing benchmark for determining fixed mortgage rates.

There are several reasons why this has occurred but it mainly stems from the rosier outlook which has transpired recently in the U.S. and abroad including: 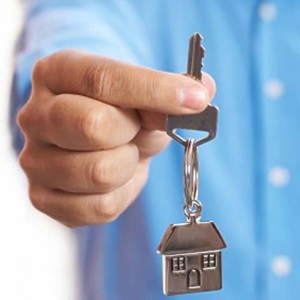 Bond markets have been rather bullish of late because of the global economic uncertainty but some analysts contend this might be coming to an end. These predictions should be taken with “a grain of salt” as they have made similar predictions before which didn’t pan out.

In any event, when it comes to a bullish bond market, even when the bond market cools it doesn’t necessarily mean it will suddenly reverse as it could just as easily stay flat and remain so for many years to come. Keep in mind that a bond yield will move in an inverse pattern to the bond price.

Another key factor which fuels bond yields and ultimately mortgage rates is the rate of inflation. The core inflation rate in Canada came in at a tepid 1.1% despite the fact that 2.0% was expected by the Bank of Canada. The low inflation rate was largely due to a weak GDP (Gross Domestic Product) and diminished gains on the employment front. It is not really certain that Canadian bond yields will continue to rise, but eventually you can expect that the higher bond yields will begin to fizzle out.

Most of the major economists in Canada have now changed their tune about the Bank of Canada making a rate change this year and now anticipate that it won’t happen until the latter part of 2014.

However, many Vancouver mortgage brokers are also aware this doesn’t mean that fixed mortgage rates won’t change now as they also usually increase well before the Bank of Canada raises its own rates.