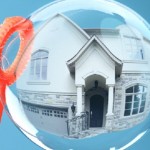 Canada’s housing market is likely to achieve a soft landing but authorities may need to tighten mortgage rules further to contain vulnerabilities to a crash, the International Monetary Fund said on Wednesday.

Canada avoided the housing market crash that accompanied the financial crisis in the United States. But a post-recession housing boom, fuelled by record-low borrowing costs, has prompted some analysts to warn a bubble may be in the works.

Canada’s Conservative government has tightened eligibility for government-backed mortgage insurance several times, hoping to push more marginal buyers out of the market and cool the market.

The IMF saw signs of over valuation in single-family homes, especially associated with high-end buyers, but said tighter mortgage insurance rules, reduced affordability and the construction of multi-family units appeared to have contained price growth in other market segments.

“The balance of risks is modestly tilted to the downside for the Canadian economy,” the IMF said, pointing to the possibility of faster-than-expected tightening of global financial conditions and a further fall in oil prices.

“Deeper downside risks to growth involve a combination of external shocks that are amplified by high household balance sheet vulnerabilities and a sharper-than-expected correction in house prices.”

The IMF also said Canadian banks and other mortgage lenders should rely less on the federal government to cushion the risk of a downturn in the housing market.

Related Despite spiking house prices, ownership became slightly more affordable in the third quarter, says RBC CMHC to Canadian homebuilders: Beware of overbuilding in Toronto and Montreal Housing bubble begone. Turns out we just might need all those new condos and houses “Action to further limit exposure of taxpayers to the housing market and encourage appropriate risk retention by the private sector would be desirable,” the Washington-based lender said in a statement following a staff mission to Canada.

Canadian policy makers are counting on a pickup in exports and business investment to return the economy to full potential, after a recovery driven by consumer spending and government stimulus. The Bank of Canada said last month the risks to the financial system of high household debt are “edging higher,” even as it kept its benchmark interest rate at 1%.

Governor Stephen Poloz can afford to wait for “firmer signs to emerge of a more balanced and durable recovery with stronger business investment” before raising rates, the IMF said, noting falling crude prices should damp inflation.

The IMF forecasts the Canadian economy will grow 2.4% next year. Stronger growth in the U.S., which the fund projects will expand at a 3.1% pace in 2015, “should support above-potential growth and a broadening recovery” in Canada, it said.

Still, the risks to the world’s 11th biggest economy are “modestly tilted to the downside,” the IMF said. Faster-than- expected tightening of global credit and a further drop in crude prices are the key threats to the nation’s outlook, according to the fund.

Canadian policy makers have taken steps to cool the housing market and reduce the exposure of taxpayers, even as they have maintained the country isn’t facing a bubble.

CMHC insurance is fully backed by the federal government. By law, Canadian mortgages that have less than a 20% downpayment must be insured. The government also guarantees 90% of mortgage insurance offered by private-sector insurers.

Chief Executive Officer Evan Siddall said in a speech in September the agency is “evaluating a range of ideas on future improvements to our housing finance system, including risk sharing with lenders to further confront moral hazard.”

The IMF also said policy makers should consider tighter standards such as lower amortization limits on uninsured mortgages, which are growing about 10% a year.

With files from Bloomberg and Reuters