IMF says housing in Canada overvalued by as much as 20% 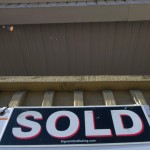 Canada’s housing market is overvalued by as much as 20%, says the International Monetary Fund which is forecasting a soft landing for the sector.

On Facebook On Twitter The IMF opinion, released Friday, is for the country as a whole and it noted there are important regional differences when talking about overvaluation which may also be as low as 7%.

“Canada’s housing market rebounded in 2014, fuelled by low and declining interest rates although there are some welcome signs of cooling especially in overheated markets,” said the IMF.

The release comes on the heels of a report from Fitch Ratings this past week which also said the housing market may be as much as 20% overvalued, citing the impact of falling fuel prices on the housing sector. It too called for a gradual decline in prices.

The IMF also said that lower oil prices will be a drag on Canadian growth. It still expects higher interest rates to “temper” housing demand.

For now, interest rates continue to fall quickly in Canada. The prime rate at most financial institutions, which affects people with floating rate household debt, has dropped to 2.85% following a Bank of Canada reduction in the overnight lending rate.

Some analysts are suggesting further cuts in the overnight lending rate, which may or not be passed on by the banks in terms of a reduction in the prime rate, could be in the works when the Canadian central banks meets in March. In the interim, lowering government of Canada yields have made long-term money cheaper. Five-year fixed rate mortgages are as low as 2.84% at major financial institutions.

Related Why more Canadians are turning to non-traditional lenders for mortgages If you don’t get the full Bank of Canada rate cut, what good is prime? Mortgage rate thaw renews fears of Canadian housing bubble The record-low rates have contributed to record household debt in Canada which was 162.6% of disposable income in the third quarter, according to Statistics Canada.

The IMF waded into the household debt debate. “Domestic vulnerabilities in housing markets and household sector remain elevated but contained from a financial stability perspective,” it said, noting the central bank’s decision to cut rates by 25 basis points was in-line with the IMF’s advice to use monetary policy to offset any adverse affects of oil prices.

The group did say authorities in Canada should monitor the impact of monetary policy on household debt and house prices.

In a section of its release clearly aimed at the government’s direct exposure to the housing market, the IMF welcomed moves Canada Mortgage and Housing Corp. is now considering or has implemented.

Ottawa backstops CMHC and private mortgage default insurers who cover consumer defaults but has been been slowly reducing the amount it is willing to commit to this.

The Crown corporation has even talked about making the banks have some sort of deductible, in the event of default — something the IMF seems to support.

“Directors welcomed the authorities’ recent initiatives to limit the government’s exposure to the housing sector,” said the IMF. “They encouraged further action gradually to ensure appropriate risk retention by the private sector, in the longer run, to re-examine the dimensions of extensive government-backed mortgage insurance.”