At a news conference Thur 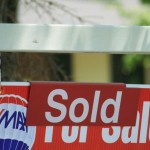 sday, Oliver says the government’s long term aim is to gradually reduce taxpayer exposure to the residential real estate market, but there is no specific plan.

The minister’s comments follow an IMF warning on Wednesday that the housing market and household debt represent key risks to the Canadian economy.

Related IMF can’t stop worrying about Canada’s so-called housing bubble Home ownership became slightly more affordable in the third quarter, says RBC An IMF official estimated Canada’s housing market was over-evaluated by roughly 10% on a national scale, although in some regions those estimates could reach as high as 20%.

The IMF predicted a soft landing for the housing market, but warned Canada could be at risk of a sharp correction if interest rates rose too quickly and the job market suffered a downturn.

The finance minister spoke to the media Thursday ahead of his first pre-budget consultation roundtable in Toronto. LATEST PERSONAL FINANCE VIDEOS