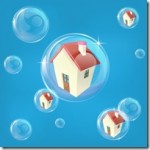 Not many lenders go on record forecasting a housing bubble, but what they say in private surveys is another matter.

FICO, a consumer analytics firm, released poll results on Tuesday that show just how concerned lenders are about housing overvaluation. But its data, which was picked up by multiple media outlets, featured responses primarily from U.S. respondents. The opinions of Canadian lenders, alone, haven’t been fully reported.

Today, however, we got our hands on Canadian-specific data, and it revealed some surprising expectations.

1) “Looking at the industry as a whole, over the next six months, do you expect the supply of credit for residential mortgages to”

Most lenders expect credit to simply meet consumer demand. But among those risk managers who didn’t, 19 out of 22 said credit availability would be insufficient for the remainder of this year. Over the next six months, the implications are that we could see a further growing real estate market, regulatory or mortgage liquidity constraints, and/or the possibility of smaller mortgage discounts.

2) “Looking at the industry as a whole, over the next six months, do you expect the level of residential mortgage delinquencies (of 90 days or more) to”

Of those expecting a change, 20 out of 23 risk managers said delinquencies would increase. According to FICO, 60% said that a high debt-to-income ratio is its biggest concern when underwriting a mortgage/loan.

The questions are, is this concern warranted and, if so, will lenders be proactive and keep lending criteria tighter than normal?

3) “Looking at the industry as a whole, over the next six months, do you expect the level of home equity line delinquencies to”

FICO also asked, “If you are involved with residential mortgage lending, are you concerned that an unsustainable real estate bubble is inflating?”

A wide majority (more than 2 out of 3, or 68%) said that, yes, they were concerned about a growing bubble, versus 32% who expressed no such worries. Canadians’ degree of unease was notably higher than that of American respondents, 48% of whom expressed concern about overvaluation in the U.S.

This poll comes as home prices sit at or near record highs in most big metro areas. That’s despite the Finance Department applying the brakes with mortgage rule after mortgage rule.