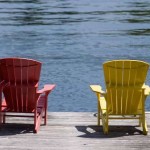 One of the nation’s largest real estate company says recreational property sales are finally starting to pick up after a tough winter and slow start to the season.

In Toronto’s housing market, ‘$2-million is the new $1-million’

Try not to panic if you haven’t bought yet but the $2-million home is a growing segment of the market in Canada’s largest city. Find out more Based on a survey of its brokers who specialize in the market, Royal LePage says inventory levels are rising along with sales.

“Advisors across the country are reporting a significant increase in buyer interest and are anticipating the return of a healthy market for the remainder of the spring and summer. In many areas, snow remained well into the spring, hampering efforts to open and list summer properties, but sellers and buyers returned following the Victoria Day long weekend,” according to a release, which does not cite any sales statistics.

Related Vancouver realtors say there hasn’t been this much home buyer demand in three years Sotheby’s offers private jet, helicopter service to woo luxury homebuyers to Calgary How to prepare your home for a quick, profitable, summer sale Phil Soper, chief executive of LePage, says Baby Boomers had previously driven sale activity to record levels in the middle of the last decade.

“The subsequent economic downturn dampened demand in the sector,” said Mr. Soper, in the release. “Post-recession, our research found that incremental sales were driven largely by low interest rates and investors. With the 2014 market, we are seeing a return to primarily lifestyle-driven demand for cottages, cabins and chalets. Canadians continue to seek the opportunity to escape to a weekend retreat.”

LePage said a stable job market, low rates and consumers confidence are all in place to continue to drive the cottage market.

The Canadian market has also benefitted from a recovery in prices for recreational properties south of the border.

“U.S. regions favoured by Canadians, such as Arizona, Florida and California, coupled with a lower Canadian dollar relative to the American currency, is beginning to impact our domestic recreational market,” said Mr. Soper. “People who were previously wooed by bargain shopping for real estate south of the border are finding the real deals are now at home.”

The report states the higher-priced end of the market is seeing “healthy-price growth” in Ontario, Manitoba and Saskatchewan. LePage says there At “particularly good deals” at the lower end on in-land properties in Prince Edward Island, New Brunswick, Nova Scotia and some interior regions of British Columbia.