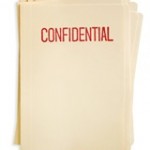 The national average home price just broke another record, hitting $391,820 according toCREA. That will not go unnoticed in Ottawa.

Speculation could now build as to whether the Department of Finance will restrict mortgages further in order to slow the market.

We’d submit, however, that there is no need to wonder ifwe’ll get new mortgage restrictions. It’s a given that more regulations are coming. The only questions are what rules to expect and when.

One area facing potential rule changes is mortgage securitization. It’s an esoteric topic for the average consumer, but one that could directly affect his or her finances.

Last month, the Department of Finance confidentially circulated a discussion paper to lenders. In it were ideas on further restricting securitization and mortgage insurance. Some of the policies, if enacted, could disproportionately disadvantage smaller lenders, impede competition and drive up mortgage rates.

Here are two such examples, according to sources:

Currently, approved lenders are allowed to issue a certain amount of government-backed MBS at predictable prices. (The MBS market lets lenders sell mortgages to investors to raise capital for new lending.) Ottawa is now reportedly considering allocating MBS based on supply and demand. The more a lender wants to pay for the government MBS guarantee, the more MBS it could issue (and the more mortgages it could sell).

This sounds great at first blush—making lenders pay a market price for the government backstopping their risk. It also lines Ottawa’s coffers due to higher guarantee fees. But there are serious downsides, not the least of which is enormous uncertainty. If you’re a small lender who can’t quantify the cost and availability of securitization in advance, you may need to build an uncompetitive premium into your rates. In a similar vein, it makes banks less likely to fund small lenders at highly competitive rates.

Worse yet, an auction market for MBS could let giant lenders (i.e., the Big 6 banks) game the system. They could do that simply by bidding up the cost of MBS, raising the funding cost of any MBS-dependent competitors. It would hike banks’ MBS cost as well, but MBS represents just a small portion of the Big 6’s overall funding mix.

Note: This policy is on top of a slew of other restrictions that affect small lenders. One example has been CMHC’s tendency to offer smaller and smaller Canada Mortgage Bond allocations to lenders. Another is forcing banks and their independent securities arms to share one MBS allocation (that further affects liquidity for monoline lenders who rely on those securities firms for funding).

Small lenders rely on bulk insurance because it reduces the risk of their mortgages in the eyes of investors. (Government-backed bulk insurance protects lenders from defaults on mortgages with 20% or more equity.)

Lenders commonly buy bulk insurance for the life of a mortgage. Now, sources say the government is considering term limits on this insurance. In other words, a lender would need to rebuy the insurance at renewal. That could significantly increase renewal costs and (once again) compel small lenders to raise rates.

The type of changes above don’t make the front page of newspapers, but they should. If such policies were implemented, one lender we interviewed predicted a minimum 15-20 basis point rate increase at non-deposit-taking lenders. If rates were to rise 20 bps industry wide (not a prediction), it would cost a family with an average mortgage $1,600 more over five years.

This all begs three questions:

1. Why is the government doing this?

The Department of Finance (DoF) provided this statement to CMT:

“…Recently, financial institutions have used portfolio insurance for new (unintended) purposes, such as capital and liquidity management. The rapid growth of government-backed mortgage insurance for low-ratio mortgages and securitization programs has increased government exposure to the housing sector.”

“…We are seeking input from stakeholders on how best to implement measures announced in Budget 2012 (pg. 129) and 2013 (pg. 141) regarding the housing framework, such as portfolio insurance, and the administration of Canada Mortgage and Housing Corporation’s (CMHC) securitization programs following CMHC’s announcements on August 1 and 30, 2013, regarding National Housing Act Mortgage Backed Securities allocation rules.”

“Input from the consultations will help to inform the Government’s housing finance policy, including the establishment of limits on new issuance of National Housing Act Mortgage Backed Securities and Canada Mortgage Bonds for 2014.”

(Editor note: Keep in mind that small lenders don’t use portfolio insurance for capital and liquidity management—the government’s concern. They use it for the reason it was intended, to fund mortgages.)

2. If additional mortgage restrictions are truly needed (a separate debate), shouldn’t they apply equally to all lenders? The government created MBS and bulk insurance, in large part, to level the playing field between big banks and smaller competitors. These rules run counter to that aim. Moreover, the policies above would not significantly reduce the government’s mortgage risk (given all the underwriting restrictions already in place, and given the industry’s already exceptional loan performance).

3. Why is the DoF keeping these proposals so secret? Perhaps it’s early in the process but officials seem disinterested in public feedback. The DoF refused to provide a copy of its discussion paper to the media. That lack of transparency is something we find concerning.

What justifies all this secrecy? The DoF says:

“The consultation paper contains a number of detailed questions directed at financial institutions that participate in CMHC’s low-ratio mortgage insurance and securitization programs. The confidentiality around the consultation is intended to encourage financial institutions to provide detailed and candid answers to help inform government policy.”

“The confidentiality of this information will be protected. Policy decisions on these matters will be announced as they are made.”

No mention was made about providing an opportunity for public comment.

Canadian homeowners have a right to know how the small but powerful group of regulators in Ottawa intend to alter mortgage financing. In cases where their policies hurt family budgets and entrench the banking oligopoly without offsetting benefit, we must be able to hold them accountable.