Sales of luxury homes will likely gain momentum in the fall, fuelled by demand from international investors, according a new report from real estate sales and marketing company Sotheby’s International Realty Canada. 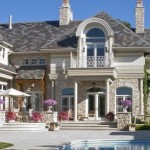 The company said Tuesday that sales of high-end homes worth at least $1 million were up in major Canadian urban markets in the first half of the year compared with the second half of 2012.

The real estate company says buyers from China, Russia, the Middle East, India and the U.S. are expect to continue to fuel demand for luxury homes this fall.

The report also notes that the high-end condo market in the Greater Toronto Area has rebounded after a slower start to the year, a trend that is expected to continue into the fall.

“There were a lot of numbers that were starting to look worrisome in Toronto,” said Sotheby’s president and chief executive Ross McCredie.

However, while some economists are cautioning about an oversupply of condos about to hit the Toronto market, McCredie notes that there are far fewer high-end units available.

“It’s not like the $600,000 shoebox condos where you’d have investors buying them and looking to rent them out,” he said.

“If it’s a well-built building in a good location, people want to live there, so it’s more about lifestyle than pure investment.”

McCredie also notes that those in the market for a luxury home are less likely to be deterred by short-term fluctuations.

“They’re not first-time homebuyers,” he said.

“They’ve seen cycles before. Most of our clients remember what it was like in the early 80s and the early 90s, when you had major corrections, so they’re not going into these markets blindly.”

Sales of luxury homes are also expected to gain traction in Calgary and Vancouver and remain balanced in Montreal, according to Sotheby’s.