BRYAN BORZYKOWSKI – Special to The Globe and Mail 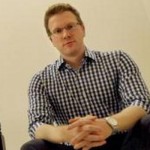 Alex Thomas, a Toronto public relations professional, was smart to have locked in a 3.39-per-cent mortgage interest rate in July. Rates have increased since then. ‘By the time we got our mortgage, the rate had already gone up twice.’
(J.P. MOCZULSKI FOR THE GLOBE AND MAIL)

Alex Thomas couldn’t have chosen a better time to lock into a five-year, fixed-rate mortgage. The Toronto-based public relations professional locked in a 3.39-per-cent rate for 120 days at the beginning of July. He bought a house in October, but if he had waited any longer, his monthly payments would likely have gone up.

Why? Because Canada’s long-term interest rates have been steadily climbing since June. When Mr. Thomas locked in, the 10-year Government of Canada Benchmark Bond – the rate that’s most closely tied to mortgage rates – was about 2.4 per cent. It has steadily been rising since then, hovering around 2.6 per cent.

“I’m glad we got preapproved,” he says. “By the time we got our mortgage, the rate had already gone up twice.”

When it comes to interest rates, most of the attention is on the Bank of Canada’s overnight rate, which governs short-term lending. But it’s long-term fixed income rates that have the most affect on people’s wealth. Rising five-year, 10-year and 30-year yields impact everything from mortgage rates to portfolio returns.

Unlike the overnight rate, which the Bank of Canada is responsible for moving, the long-term rates shift based on what’s happening around the world.

For most of last year and until late May, the 10-year Government of Canada bond rate was in the 1.6 per cent to 2 per cent range. Then, U.S. Federal Reserve chairman Ben Bernanke said that he might slow down the U.S. government’s quantitative easing program – it’s been buying $85-billion (U.S.) worth of its own bonds since last fall.

That announcement caused long-term bond rates to rise around the world.

“The Bank of Canada had nothing to do with that,” says Darcy Briggs, a portfolio manager with Franklin Templeton Investments. “These rates are greatly affected by events occurring outside of the bank’s control.”

For house hunters like Mr. Thomas, the most obvious impact of rising rates is higher fixed-mortgage costs, says Mr. Briggs. According to Ratehub.ca, in May Canadians could get a five-year fixed rate for 2.64 per cent. That rate is now closer to 3.4 per cent.

Variable mortgage rates are based on the overnight rate, explains Mr. Briggs, so those costs haven’t increased this year.

Rising rates have also had an impact on certain investments, but especially on bond values, says Allan Small, a senior investment adviser at HollisWealth. When yields rise, bond prices fall, he explains.

“If a bond issue today is paying 6 per cent and an old bond is paying 5 per cent, then who would want the bond that’s paying less?” he asks. “That lower-paying bond then gets sold at a discounted price.”

“People in retirement have flocked to bonds because they’re low-risk investments,” Mr. Small says. “But over the last couple of months, they see their portfolio down, even though the stock market is going up, and they’re wondering what’s going on.”

However, it’s not just falling bond prices that have affected wealth. Certain equities are affected by higher rates, too. Investors who hold real estate investment trusts and utilities will have noticed that returns have fallen.

These two sectors typically offer higher-than-average yields, which is attractive in a low interest-rate environment. When bond rates rise, though, the risk and return properties of these stocks become less attractive. It starts making more sense to own a more stable fixed-income instrument than an equity investment, Mr. Briggs says.

“At 1 per cent, that bond doesn’t look as attractive, but it gets better at 2 per cent,” he explains. “That makes the outlook for other investments not as bright.”

This doesn’t matter as much to investors who are solely in the market for income, says Mr. Small. Hold a bond to maturity and you’ll still get the same return as you would have when you originally purchased it.

If you want to sell a stock or bond, or want to see your portfolio rise, then you may be out of luck.

“If you’re concerned about the value of your portfolio, then you have to be mindful of the risk.”

To minimize the impact of rising rates, Mr. Small avoids bond funds, which don’t have a maturity date and often fall when rates rise. He buys the actual bond for clients because he’s able to hold the security to maturity and receive the full payout he was entitled to when he purchased the bond.

“I know at some point in the future, it will reach its maturity date, so I don’t care about the price,” he says.

Some investors may also want to pare back their exposure to real estate investment trusts, utilities and other interest-rate-sensitive stocks, Mr. Small says. If rates continue to rise, then these stocks could be hit again.

Instead, consider owning some bank stocks. Financial institutions also pay attractive yields, but they benefit from rising rates – higher rates allow them to make more off the dollars held in savings accounts.

For Mr. Thomas, the only affect rising rates would have had on him would have been on his mortgage. He doesn’t yet invest, but he’s planning to start. When he does, he says he will keep his eye on where rates are headed.

“I’m reading about what’s going on with rates,” he says. “That could impact where I put my money.”