‘I did mess up’: Even the experts admit mistakes on picking a mortgage 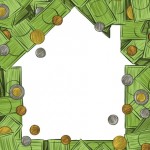 It can’t be easy for a certified financial planner to admit this, but Ted Rechtshaffen admits he blew it on his last mortgage.

Your dream home could become a nightmare if you’re not prepared. Here are the pitfalls to be aware of so that your purchase doesn’t come back to haunt you

“I was wrong. I had a variable rate mortgage and in 2009 I pulled the plug and went fixed,” said the president of TriDelta Financial in Toronto, joking about how his rate was 75 basis points off of prime and would amount to 2.25% today. “I did mess up, but my question was what benefit do I get locking-in versus going variable?”

You can hardly blame him for thinking rates were going to increase. Variable rates are generally tied to the Bank of Canada’s overnight lending rate and most so-called experts, even the most renowned economists, have called for the central bank to raise rates. They were all wrong. The last time the overnight rate moved was September 2010.

Mr. Rechtshaffen said the gap between a variable rate mortgage and a five-year fixed rate mortgage was just 25 basis points, making his decision at the time less difficult. Most of the time variable does beat fixed, something pointed out in a now well-quoted study by York University professor Moshe Milevsky who found that over 50 years floating rates saved you money about 90% of the time.

His study didn’t include the current rate environment in which fixed rates have hovered around 3% the past few years, a period when there’s been no movement on the variable rate. The website ratespy.com suggests the lowest variable rate on the market is now 2.10% while the lowest five-year rate is 2.65%. The average variable rate is roughly 2.4% compared to 2.94% for the five-year.

Rates could move very fast once they go up

Mr. Rechtshaffen said there are really two points to consider when deciding whether to lock-in: what is the gap; and what you think is going to happen to rates.

In some ways it comes down to how much are you going to pay to buy what amounts to an insurance policy that your rate won’t go up? How big does the gap have to be for you to switch to variable?

“To me, I think you have to be getting three quarters to 1% [savings] in today’s environment. Rates could move very fast once they go up,” Mr. Rechtshaffen said.

Ultimately you can take that conservative planning too far and lock into a 10-year mortgage, a term with rates well above 4%. That makes it a very expensive product.

Rob McLister, editor of Canadian Mortgage Trends, said he rarely sees people lock in to a 10-year mortgage because rates are so much lower for other products.

The other thing to consider is that while prime may not move because of the Bank of Canada’s insistence on keeping rates steady, there’s nothing to say the discounting off of prime won’t grow. It has in the past with consumers getting up to one percentage point off.

“Before the Fed taper talk began in summer 2013, we were steering variable-rate shoppers out of variables and into one-year fixed rates, Mr. McLister said. “There was a high probability of variable discounts improving. This saved people interest for one year, after which they were able to switch into a better floating rate.
“Since then, variable pricing has improved as expected. Barring a global crisis of some kind, we could see another 10-15 basis point improvement through 2015. If that happens, you’ll see brokers advertising prime minus 0.90% or below next year.”

Will Dunning, the chief economist with the Canadian Association of Accredited Mortgage Professionals, said the biggest determinant of whether to go short or long is where you are in the home ownership cycle.

“When there is zero spread, people lock in but people’s history is more important. When you buy your first home, you’re very cautious and you go for five-year fixed,” Mr. Dunning said. “The older you get and the longer you’ve been in your house you are more likely to go variable rate.”

A survey by CAAMP last year found about 28% of the market had gone into a variable rate product compared to 65% who were fixed and another 7% who had a mixed product.

Mr. Dunning said when the spread between variable and the five-year fixed has been more than 100 basis points, and even closing in on 200 basis points, you will see a strong movement into a variable rate product because of the temptation of interest savings which outweighs the risks of rising rates.

So what would Mr. Rechtshaffen do today? “I just renewed my mortgage and went with five-year fixed,” he said.

Will it cost him money? Maybe. “But I’m happy to have a rate locked in and not worry about them going up,” he said.