A money pit on wheels: The real cost of owning a car 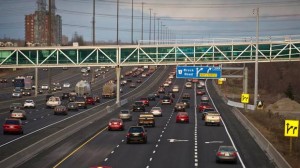 Cars are a problem in personal finance, but they’ve been getting a free ride.

The surge in home sales in recent years and its impact on family finances has received non-stop attention in the past couple of years. But a similar jump in car sales has mostly been treated as a business story about rising fortunes in the country’s most important manufacturing sector.

Cars are a voracious wealth destroyer – they burn both gas and money. Behind houses, they’re a top contributor to today’s high personal debt levels and inadequate saving. Thinking of jumping into what is expected to be a record year of new car buying in Canada? Back up for just a moment and reconsider.

Of course, houses are a bigger financial strain than cars. The average house price in Canada was $385,906 in September, while new cars averaged $26,755 last year. But houses are at least an appreciating asset. If you buy today, you can reasonably expect to see your home post average annual price increases at the inflation rate over the next 10 to 15 years. Cars bought today will have marginal value a decade from now compared to the purchase price.

In our rush-rush world, most families need a car or two. But there’s reason to wonder if we’re doing more car buying than is good for us.

Even General Motors of Canada president Kevin Williams is concerned about this. My colleague Greg Keenan reported him telling The Globe and Mail editorial board earlier this month that auto sales are higher than economic indicators suggest they should be.

For Mr. Williams, the issue is the sustainability of today’s high sales rates. For buyers, it’s the risk to the health of their day-to-day finances.

The length of car loans today is a particular problem. I’ve financed plenty of new vehicles over the years and never gone more than five years in term. Today, data from J.D. Power & Associates shows almost two-thirds of car buyers are financing their purchases over six to eight years.

Long-term loans keep your payments low, but they make never-ending car debt a distinct possibility. As soon as your car is paid off, you could well be looking for a new vehicle to suit your evolving needs. Some people even sell their car before their six- to eight-year loan is paid off and add the remaining principal to the cost of their next vehicle.

Judging the cost of car ownership by the amount of your monthly loan payments provides the same incomplete picture you get when assessing home affordability by looking just at mortgage payments. Among the extra costs for cars are insurance, which in my experience goes up every year well beyond the inflation rate, as well as licensing costs, maintenance and fuel. Parking is another expense, especially if you commute every day.

As with houses, cars have two ways of destabilizing your finances. One, the cost of ownership uses cash that might otherwise go toward savings. Two, you run the risk that your payments will rise as interest rates move higher and squeeze your cash flow even harder. Some car loans have a fixed rate, but others have a floating rate that will edge up once the Bank of Canada decides to stop holding borrowing costs at today’s historically low levels.

What we need are some guidelines for car affordability, just as we have for houses. Suggestion: All household car payments plus insurance should not eat up more than 6 per cent of gross household income. We can discuss this guideline further on my Facebook personal finance community. But for most families, it means they’ll be able to carry one car payment at a time. Financing two vehicles will be too costly.

Since we bought our first house about 20 years ago, my wife and I have worked on the principle of having one older car and one newer one. My personal guideline is to never spend more than $400 a month on car payments, which means either saving a big down payment for a new vehicle, or looking at less expensive vehicles.

Cars are part of our lifestyle, and a pillar of our economy. Most of us will own many in our lifetimes. But as with houses, there are affordability limits that many people seem to be ignoring right now. It’s time to stop giving cars a free ride.