LARRY MACDONALD- Special to The Globe and Mail 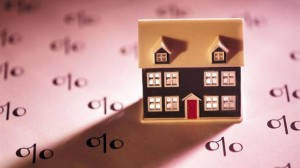 Many housing bears think that the recent increase in mortgage rates is the beginning of the end for the Canadian housing market. I’m not convinced; here are some reasons why.

Fixed-mortgage rates have gone up because they are tied to bond yields, which have been rising lately. That’s because investors are selling bonds and other defensive holdings on signs the North American economy is gaining momentum. In such an environment, they would rather have more of their portfolios in cyclical and growth investments.

What’s also to be expected as the economy gathers steam is growth in employment and household incomes. Importantly for housing, this will serve as an offset to the drag of rising interest rates.

Fears about tumbling house prices at the national level thus seem overblown at this stage. In fact, a recent empirical study found that the majority of increases between 1980 and mid-2010 did not undermine house prices.

Furthermore, variable-rate mortgages, which are linked to the Bank of Canada’s lending rate, won’t be increased until late 2014 according to Bay Street forecasts and futures markets. This should help keep housing affordable while employment and income move into a more supportive position.

Actually, mortgage rates hikes are initially positive for the housing market. They encourage prospective buyers to get off the fence and buy a home in hopes of avoiding further increases.

But it’s premature to say an uptrend in fixed-mortgage rates has started. Usually more than one or two upticks are required. And whether or not we get many more jumps in bond yields is debatable. For one thing, the Federal Reserve will be working hard to head off such increases (or rein them back in) through announcements and actions that allay bondholder jitters over too-rapid an uptake in economic activity. The U.S. Federal Reserve has already started the process by jawboning about its plans to taper off monetary stimulus.

Even if an uptrend were to emerge, Canada has a greater capacity to absorb increases than the U.S. had in 2007. Close to three-quarters of Canadian homeowners now have fixed-rate mortgages, so rate increases feed slowly into the market since only a portion come due each year. In 2007, about 75 per cent of U.S. mortgages had variable rates and the Fed was aggressively driving them up.

Larry MacDonald is a retired economist who manages his own portfolio and writes on investing topics.