ROBERT MCLISTER–  Special to The Globe and Mail 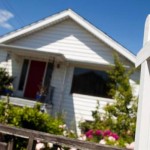 A variable-rate mortgage entails a vulnerability to possible short-term rate increases by the Bank of Canada.
(RAFAL GERSZAK FOR THE GLOBE AND MAIL)

Eight months ago, some were proclaiming the end of 2.99-per-cent five-year mortgage rates, for years to come.

And now, low and behold, they’re back.

But you have to hunt much harder for 2.99 per cent than you did last spring. Some lenders, especially banks, are wary of advertising sub-3-per-cent rates. In a few cases, lenders are even preventing brokers from discounting below 3 per cent. Financial institutions are trying their best to protect margins, and Ottawa’s rate police might also be having an effect (more on that).

If you’re lucky enough to find a five-year fixed rate near 3 per cent, don’t feel pressured to lock in. Regulators, the Finance Minister and former Bank of Canada boss Mark Carney practically guarantee that higher rates are coming … eventually. But no one can define “eventually,” so it pays to consider some of the other factors behind the ideal mortgage term.

With that in mind, here’s a look at two stars and four dogs from today’s mortgage market.

The five-year fixed
Over half of all Canadian homeowners choose five-year fixed terms. They’re the easiest mortgages for lenders to raise capital for, which creates fierce competition and aggressive discounting. If you know where to look (hint: online), you’ll find five-year rates just above 3 per cent. In some cases, even 2.99 per cent or less. That’s just over half of a percentage point above most variable rates.

These five-years rates may or may not be around for long, depending on what government bond yields do (rising yields lead to rising fixed mortgage rates). In terms of interest cost alone, today’s five-year is the safest bet if you expect average mortgage rates to jump 1.50 percentage points or more through 2017. Ask most economists and they’d imply you’re crazy to bet against that “small” of a rate hike.

But not all five-year terms are created equal. Be vigilant for adverse penalty calculations, limited prepayment options, restrictions on refinancing and/or porting ((porting is when you move your mortgage to a new property), short rate-hold periods and uncompetitive rate blend policies (a “blended rate” refers to the rate you get if you need to add money to your mortgage later). These considerations apply to all terms, but especially five-year mortgages that bind you to your lender for longer.

A three-year also lets you refinance sooner without a penalty. That flexibility can help if you need to withdraw equity from your home or switch to a different type of mortgage (e.g., one with a line of credit). The shorter term also helps if you plan to move before five years is up, as 31 per cent of first-time buyers and 19 per cent of repeat buyers plan to do, according to the Canada Mortgage and Housing Corp.

Some lenders even let you blend and extend their three-year mortgages early, which is like locking in without a penalty – handy if you want to secure cheap borrowing costs before rates head higher.

At the moment, you can find three-year terms for 2.69 per cent or less. That’s at least 0.40 percentage points below most five-year fixed rates. The best way to compare a three-year mortgage to a five-year is to assume that you’ll renew into a two-year term (three years + two years = five years total). In that scenario, if two-year fixed rates jump more than 1.25 percentage points in 32 to 33 months, you would have been better off just taking a five-year fixed, based on interest costs alone.

The 10-year fixed
Lenders aren’t doing us any favours with 10-year pricing. Most decade-long mortgages are offered at 4.29 per cent or more. That’s a fat premium over a five-year fixed. Rates would have to jump almost three percentage points in five years for a 10-year to be less costly than a five-year, based on interest cost alone. That’s not impossible, it’s just improbable given the degree of inflation it would imply. (Inflation drives interest rates. The Bank of Canada along with our modestly growing mature economy have both been tempering inflation.)

The four-year fixed
Four-year terms are currently 2.99 per cent or thereabouts. That’s no match for one of the following: the markedly cheaper three-year fixed or a similarly priced five-year term with generous flexibility.

Six- and seven-year fixed rates
Perennially on the dogs list, suffice it to say, their rate premiums work against them. You’re protected from rising rates for an extra year or two but pay 0.60 to 0.80 percentage points more for that “insurance.” The math just doesn’t work out.

All of these comments above apply to well-qualified borrowers with provable income who plan to have a mortgage for five years or more. If that doesn’t sound like you, some personalized advice might serve you well.