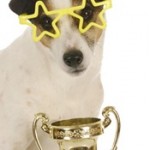 After “What is your best rate?” the next most popular mortgage question is probably “Which term do you recommend?” — or a variation thereof.

But it’s tough to generalize about the best mortgage because borrowers have unique needs. To get around that, we have to use limiting assumptions and make a best guess at the risk/reward of each term. And that’s how we’ve picked the stars and dogs in this week’s Globe column.

In the case of variables, it’s a question of how much reward you can expect for the risk of rates rising. (Economists claim we’re still two percentage points below “normal” rates, for what that’s worth.)

The reward part of the equation is seemingly more easy (that is, unless rates unexpectedly drop, which throws all of this math out the window). Assuming economists, the Bank of Canada, OSFI, the Department of Finance, politicians, commentators and your neighbour’s dog are all right, then rates will return to normal. So, if you take a variable, you’re banking on saving roughly 65 basis points up front versus a 5-year fixed.

But even if the prime rate rises only one percentage point in 2015, and nothing more, going variable today will cost you more than a flexible 5-year fixed mortgage with a fair penalty.

As for a 4-year term, if rates jump 100, or even 200, basis points over the next five years, both a 3-year and 5-year fixed beat the 4-year fixed based on projected interest cost alone. (The assumption is that you renew the 3-year into a 2-year and the 4-year into a 1-year.)

Keep in mind, the above is based on:

There are so many other considerations of course, so competent, personalized advice never hurts.