What you need to know before, and after, buying a condo – Ask Bruce Coleman, Vancouver Mortgage Broker

What you need to know before, and after, buying a condo

ROB CARRICK–  The Globe and Mail 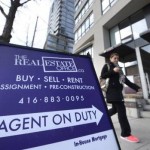 Dan Barnabic, a former Realtor, developer and consumer advocate, has a number of tips for would-be condo owners.
(Fred Lum/The Globe and Mail)

Your life as a homeowner will likely include some time in a condo. Condos suit young adults, and retirees who want to downsize. As houses rise in price, more people in between those extremes may opt for condos. Given the strong foundations for condo demand, there are surprisingly few resources available to help people make smart buying decisions.

Into this void comes a new book called The Condo Bible For Canadians: Everything You Must Know Before and After Buying a Condo. (Read anexcerpt from the book here.) It’s written by Dan Barnabic, a former Realtor, developer and consumer advocate who now runs a paralegal firm in Toronto. Here’s an edited transcript of a recent conversation I had with Mr. Barnabic about condos.

What accounts for the big rise in popularity of the condo as a place to live?

It’s basically hype fuelled by several forces, many of them developers. The buildings themselves were built much nicer – not better – than ordinary apartment buildings, and they had more amenities. You had swimming pools, you had gyms, you had perks that made you say, why not? As a result, things mushroomed to the point of a deluge of condo towers, especially in Toronto.

Don’t you agree that condos serve a need for some people?

Yes. Condo ownership can be very advantageous for some, including older people who are tired of the hassles of maintaining a house.

The No. 1 reason is the management of the complex. You can hardly find a condo complex in which the tenants are very happy with the way it’s being run.

What’s the role of the condo board, and how can I make sure they know what they’re doing before I buy?

The condo board is supposed to be in charge of the governance of the complex, making sure that money is being spent properly, that management of the condo is performing its job diligently, that the proper bidding takes place for any repair – stuff like that. You have to find out for yourself if the board is doing its job. Talk to the residents and ask them if they’re happy.

When buying a condo, you suggest starting with a low offer, say 75 per cent of asking. Won’t that just insult the seller?

Is it better to try and get a chance of a better price on a condo, or should you worry about insulting the seller? You’ve got nothing to lose. The worst that will happen is that you’ll be rejected.

Can you explain your warning about buying a condo in a building where more than 25 per cent of units are rented?

Tenants simply don’t have the same interest, and you don’t expect them to because they’re not owners.

How can I tell if condo fees in a particular building are reasonable – not kept low to suit the short-term interests of residents, or so high as to work against resale?

You have to basically hit the pavement and compare – go around to other buildings and ask how much people pay and how big their units are.

Special assessments in addition to regular condo fees are a recurring horror story of condo ownership – how can you avoid them?

There’s no such thing as avoiding them. In the first 10 years of a condo, not much happens and it’s unlikely you’d face a special assessment.

After that, the roof is usually good for 10 years and then you have to start patching it up. Elevators start coming into play in 10 years if they’re well made. Outside balconies can become a problem.

There have been reports about leaky condos in Vancouver and falling windows in Toronto – how do you protect yourself against buying a poorly built condo?

The idea is to check on the reputation of the builder. Buying a condo really requires two months’ preparation time to do your due diligence on everything. There are reputable builders, and we have to recognize that. But there are also guys doing things in a hurry to make a buck.

Where do you live?

I am actually renting a very nice apartment on the top floor and not worrying about what expenses the building may incur.

Which makes more financial sense – owning a condo or renting an apartment? Read an excerpt here from The Condo Bible for Canadians by Dan Barnabic.