Need money for retirement? Cut off your kids – Consult with a Vancouver Mortgage Broker 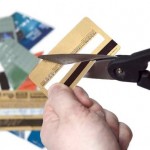 To support their adult children, today’s parents are working extra hours, dipping into their retirement savings and remortgaging their homes.

We’ve yet to build a consensus in this country that there’s anything unique or alarming about the problems that the young adults of Generation Y are having in establishing their financial independence today. But events are overtaking this debate. Quietly, the parents of the nation have been making significant financial sacrifices to support their kids in college and university and after graduation.

The extent of this support is shown in a new survey that the Canadian Alliance of Student Associations commissioned from the polling firm Abacus Data. The online survey reflects the lives of 604 parents from across the country with children who are currently pursuing a postsecondary education, who graduated in the past five years or who will attend college or university in the next five years. To set the stage, one-third of the parents in the survey said they live comfortably in their current financial situation, 46 per cent said they met basic expenses with a bit left over and 20 per cent were just meeting basic costs or lacked enough to do even that.

Though modest in size, the survey is significant as the first evidence of how Gen Y’s problems in starting careers and generating a living income are affecting families. A majority of parents reported making small sacrifices – eating out less and cancelling or scaling back a vacation. Roughly one-third have gone a lot further by either taking out a loan or opening a line of credit, or by dipping into their retirement savings. Almost 15 per cent said they had remortgaged their house.

These numbers got worse when parents who are supporting elderly parents as well as adult kids were singled out. For example, the number of people remortgaging their homes almost doubled in this sub-group, and the number dipping into their retirement savings jumped to 45 per cent from 33 per cent. The term sandwich generation is used for people with dependent kids and parents, and it’s such an apt description.

The difficulties faced by young adults in becoming financially independent were documented in a package that The Globe and Mail ran last week. While plenty of Gen Yers are thriving, there are large numbers who are living with parents and/or receiving parental help to pay off student loans, cover monthly bills and buy houses. The root cause appears to be finding full-time, career-building jobs with a decent salary.

The CASA survey found parents expect their children to be financially independent at age 23, but believe they’ll hit the milestone at 25. Asked what’s causing this delay, 72 per cent cited the cost of postsecondary education as a major cause, 70 per cent listed the cost of housing, 57 per cent pointed to the lack of well-paying, stable jobs, 35 per cent cited the lack of ambition of young adults and 18 per cent put the blame on other parents “who won’t let their kids go.”

The survey found a clear sense among parents that they have a duty to help their adult kids financially. Almost three-quarters said parents should help cover the cost of a postsecondary education, and 70 per cent said parents have a responsibility to let adult children live at home to save money.

The level of actual parental support documented in the survey offers some fresh perspective on two of the defining personal finance narratives of our time – high debts and insufficient retirement savings. The cost of helping adult children isn’t close to driving either one of these issues, but it certainly bears watching.

Family finances aren’t elastic. If more money is going to 20- and 30-somethings unable to pay their bills, then it has to come from somewhere. Retirement savings should be the last place to scrounge up this money, but the CASA survey says it’s happening. Going into debt to help your kids is preferable, but only as the lesser of two unfortunate evils.

Parental support for Gen Y may also help explain why student debt levels haven’t spiked higher in recent years, despite rising tuition costs and a tough job market for young adults. Instead of borrowing more, students appear to be relying more on help from home.

CASA, the student group, has made a savvy decision by trying to learn more about how Gen Y’s problems are affecting parents. Talk to parents with adult children and you’ll find a high level of anxiety about their prospects for university and college graduates in today’s economy. But outside that group, there’s next to no interest at all.

The “poor young people” narrative has no traction, it seems. Maybe switching to “poor parents” will change that.