The new question for Canadian Snowbirds heading south: to buy or rent?

When they got tired of trying to find the right rental property, Miriam and Bryan Gardner decided it was time to buy.

It sounds like the typical explanation you might hear from a Canadian buyer in today’s red hot real estate market but in this case it’s Florida where tight rental markets have made finding accommodation more difficult than ever, especially for those Canadians looking for short-term rentals for their winter home away from home.

“It just got so difficult to find a re 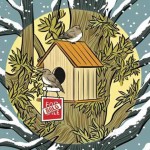 ntal, that we wanted, the last couple of years. We had been thinking about buying down the road but the down the road just ended up coming sooner,” says Ms. Gardner, who bought a three-bedroom condominium in August near Fort Myers after five years of renting following her husband’s retirement.

They were already paying about US$5,500 to US$6,500 per month, so buying a property for about US$550,000 made sense. The carrying costs will be equal to what the couple was already spending in rent for the three months of the year they wintered down south.

“Now, we’re probably going to be spending more time there and we have more flexibility,” said Ms. Gardner, who is from Aurora, north of Toronto. “We put the capital into it but the bills are about the same to maintain this place.”

She might be on to something. Even as the cost of U.S. housing has increased, abetted by a weaker loonie, low vacancy rates have driven up rental rates at a time when availability of homes is still very high in some states because Americans are still having trouble accessing credit.

Canadians continue to be the top foreign buyers of real estate in Florida and have purchased about US$2.2-billion in the past year, according to the National Association of Realtors for Florida. And, unlike Americans, they don’t need a mortgage. The same survey found 89% of Canadians use cash for a purchase, something analysts have speculated is coming out of their Canadian home equity.

Michael Dolega, senior economist with Toronto-Dominion Bank, said the dollar fluctuation and rising prices could put a damper on home-buying in Florida where 500,000 Canadians already own property.

Related 5 questions to help you decide whether to rent or buy a home Housing still cheaper in popular U.S. snowbird states than 2006 peak levels, new report shows Border shakeup could have tax consequences for snowbirds “But again, affordability is still relatively good,” said Mr. Dolega, noting prices in Florida are about 30% t0 35% below where they were when the market peaked. “Ownership is much more favourable than it was during the mid 2000s.”

At the same time, the economist notes monthly rent in the U.S., including the snowbird states like Florida, California and Arizona, is rising as consumers who can’t buy housing are forced to let.

“The rental market is a strong market, vacancies are low and falling,” said Mr. Dolega, noting construction of rental family housing is actually rising to fill the gap but not quickly enough.

There is no direct overlap between rental properties for Americans living in the U.S. full-time and snowbirds looking for part-time residences, but Mr. Dolega said there is still a degree of competition between the two for housing.

“People who live in those cities still need a place to live and given Americans can’t find a mortgage, if they can’t find a home they will crowd out some of these vacation property [prospective renters],” says the economist, adding the argument for ownership is not as strong in Arizona because home prices have risen higher.

RealtyTrac compares home ownership versus renting by tracking the monthly mortgage payment for a median priced home versus the average monthly fair market rent for a three-bedroom home. (RealtyTrac includes insurance and taxes when calculating costs for homeowners.)

There isn’t specific data looking at vacation property but one key consideration is that certain months cost more than others because they are considered prime vacation time.

“You could argue you’re only there half of the year but own it the whole year,” says Mr. Blomquist.

Naples-based realtor Pierre Fregeau, who originally hails from Montreal but has been selling property south of the border for three decades, said he’s found it very difficult to find short-term rental housing for snowbirds and will only bother looking for it for certain clients.

“What happened here is a lot of people lost their homes during the housing crisis. Well, these guys still need to live someplace so they started taking a lot of the rentals that were available and some of it was being rented for Canadians who want to just escape the winter,” says Mr. Fregeau.

He says you can easily spend US$3,000/month to rent a two-bedroom apartment in Naples that isn’t even that luxurious and nowhere near the beach but you can buy the same property for US$200,000.

“I get calls three or four times a week from people saying ‘I’m looking for something for January, February or March’. I tell them ‘good luck’ because everything is booked,” says Mr. Fregeau.

All of this is why Ms. Gardner felt like she had to pull the trigger after half a decade of renting. The price was important but timing the market less so.

“We realize we didn’t get the bottom but that’s not what we were all about. This worked for us psychologically even more because we just couldn’t get what we wanted [renting],” she says.

Jian Ghomeshi’s potential CBC lawsuit is hopeless — even if…

What to do with your savings: pay off your mortgage or diversify your investments?

‘Maximizing your mortgage payments is an investment, and I promise that it will be the safest investment you’ll ever make,’ says one expert 42 stocks that’ll thrive even if the economy gets worse

Sensors which can gather detailed information on heart rates, speed, workload and distance can be useful weapons in an athlete’s arsenal Big Dragons’ Den pitches, valuations from RosterBot and PÜR Gum — but only one lands a clear deal

With mutual understanding, research has shown, an initial clash in styles can actually lead to a wider range of skills for everyone involved