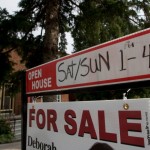 A week never goes by without some realtor or developer knocking on the door or leaving a note asking the couple to sell. The cold calls offer a dazzling deal — a sale price that amounts to more than a 5000% increase from what they paid. Toronto and Vancouver home prices pass Rome and close in on Paris

Canada’s two priciest cities for homes can now be included in an international class that is attracting foreign investors from around the world, says a new real estate study.

But Joe, he didn’t want his real name used lest he attract even more would-be buyers, knows these people don’t just want his house. They want to scoop it out from under him for below market value, hoping to fleece an elderly homeowner who has no idea of today’s housing prices.

“There was my one of my neighbours, who I guess had been talking to a builder and told him he had a house,” said Joe, referring to another elderly homeowner. “He told him ‘I’ll buy the house from you, we can avoid real estate fees’.”

In this case, the homeowner with a 30-foot lot sold out for what Joe described as “eight and change.” If you need any proof the senior didn’t get full value, Joe pointed out the builder rapidly flipped the lot to another developer for close to $1-million, albeit after he had absorbed the cost of having the property rezoned to allow a larger house.

Financial literacy for seniors has become a key focus of the federal government and Ottawa’s financial literacy leader Jane Rooney has put seniors at the top of the list for education. It only seems to make sense that your single largest asset be considered part of any action plan.

“How seniors expect to use their houses as assets was a shocker,” said Tom Hamza, president of the Investor Education Fund, about surveys his group has done on the subject. “Some seniors expect to outlive their money but won’t sell their house. The emotional attachment of the house is much larger than they thought. For a lot of individuals, they are not seeing this as an important part of their retirement.”

It really should be. Seniors have never been wealthier, according to a report from Bank of Montreal issued this year which showed average net worth climbed 312% from 1984 to 2012 for those 65 and older. Seniors have a lot to lose if they don’t get full value on their homes.

One Toronto realtor, who asked that his name not be published because he works with builders, said seniors often end up taking less than market value because of a misunderstanding of the marketplace.

“You bought something for a few thousand bucks and someone says ‘here, you don’t have to do anything, I’ll give half a million dollars.’ You think that’s great and sell,” said the broker. “The builders are looking for the best deal they can get, what do you expect from them?” Related

When should you get serious about saving and investing?

He says seniors are reluctant to put their homes on the market because they don’t want people traipsing through an open house and have security fears, making a quick sale more appealing. Commission is a contentious argument — many people feel realtors charge too much — but ultimately how much you net on any sale should be the focus of any transaction.

Jeff Spencer, vice-president of national sales with HomEquity Bank which specializes in reverse mortgages, says it’s not unusual for him to see clients with homes that have gone up 600% in value.

“You have gains of 6% annually and that adds up quickly,” said Mr. Spencer, adding the problem for seniors is “none of them want to move.” A reverse mortgage is a tool to stay in your house but at the end of the day you still want to know what that home is worth.

Everybody should have a better understanding of the process and get an objective opinion.”

Bruce Matthews, deputy registrar for the Real Estate Council of Ontario which regulates the industry, said people should get at least three appraisals of their property, and even up to five, before selling.

“It’s a legitimate concern, certainly for folks who have not been in the market and been in their current place for 25 years,” said Mr. Matthews. “It’s not just seniors, everybody should have a better understanding of the process and get an objective opinion.”

Even RECO says you shouldn’t sign with the first real estate agent who knocks on your door asking if you want to sell your home.

Joe says when he’s ready to sell he knows what he’s going to do. “I’ll get an opinion and then I’ll get another and another,” says the octogenarian.