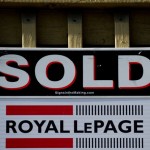 You want some of these record low rates on the market but you’re locked into a mortgage. Just break it, right? Not so fast

The draft guidelines come two years after the Office of the Superintendent of Financial Institutions first announced it was developing a new set of principles around the provision of mortgage insurance in conjunction with international regulators led by the Financial Stability Board in Basel.

In a statement on Monday, OSFI said the so-called Guideline B-21 will “provide clarity about best practices in respect of residential mortgage insurance underwriting, which contribute to a stable financial system.”

Of the roughly $1.1-trillion of Canadian home loans outstanding, more than half are covered by default guarantees underwritten by the Canada Mortgage and Housing Corp. which is ultimately backed by taxpayers.

Critics worry that the easy availability of such insurance has contributed to the frothy real estate market.

Among the proposed requirements, insurers would be required to determine if down payments are from a borrower’s own funds — or if borrowed, to consider increasing premiums. As well, it says incentive and rebate payments should not be considered part of the down payment.

The guidelines are directed at the country’s three mortgage insurers — Canada Mortgage and Housing Corp., which underwriters most high-risk mortgages and is backed by the government, and private sector insurers Genworth MI Canada and Canada Guaranty.

The proposed rules have been released for public consultation until May 23.

For the past several years, the federal government has been closely scrutinizing the CMHC, with former Finance Minister Jim Flaherty, who died last week, musing publicly about privatizing the Crown corporation.

The draft guidelines come about 18 months after the federal government introduced new legislation to bring the CMHC directly under the jurisdiction of OSFI.

Observers compared the measure to an earlier set of guidelines focusing on banks’ mortgage underwriting processes. OSFI’s B-20 guidelines, presented in draft form in April 2012, included set of principles around mortgage lending that put responsibility for underwriting standards on the shoulders of banks and their top executives.

Observers say the move helped cool a housing market that appeared to be bubbling over.

With files from The Canadian Press