With lower demand for classic credit cards, expect more sales pitches from the banks as they try to shore up their profits.

David Bourque called TD Canada Trust about a credit card issue. At the end of the call, he was given a sales pitch to buy insurance to protect his balance if he became sick or lost his job. 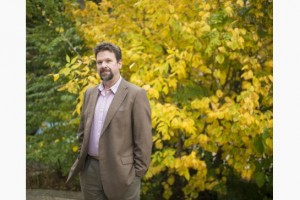 CARLOS OSORIO / TORONTO STAR Order this photo
David Bourque called TD Canada Trust about a credit card issue and was given a sales pitch to buy insurance to protect his balance if he became sick or lost his job.

Two months later, he was going over his Visa bills and found two charges for balance protection insurance. He called TD Canada Trust and made a successful appeal to get them reversed.

“I would not have agreed to buy the product if it were not ‘free,’ since it had little benefit for me. I am retired and I have critical illness insurance through my broker,” he says.

“It was a safety valve, a free one, and I figured why not. Big mistake.”

Balance protection insurance is a profit centre for the banks. They find it an easy sell because Canadians are risk averse and worry about paying their credit card bills in a crisis. Most banks charge you for insurance only when you carry a balance from the previous month. But a few, such as TD, charge fees each month.

TD spokeswoman Huma Pabani said customers are told over the phone that the insurance premiums are based on the average daily balance. After verbally agreeing, a customer gets a letter and certificate of insurance in the mail, showing how premiums are calculated.

“While I’m glad to get a refund of $40 or so, the issue was the false pretense under which the sale was made in the first place — no balance, no premium,” Bourque responded.

“I reached someone who told me I was misinformed about the ‘fee-free’ coverage and there was always a premium charge if you used the card. He said others had called in as well, saying the same thing.”

Household credit is rising at a slow pace, reflecting continued softness in the credit card market.

The trend is caused by lower demand for classic credit cards and transfers of balances to lower-cost lines of credit.

Welcome to the Big Sell. Expect to see more sales pitches as banks fight to shore up their profits against reduced consumer debt.

When it comes to your credit card limit, banks used to raise it without asking and notify you after the fact. Now they are required to get your consent before increasing the limit.

While I like the idea of getting a client’s approval, I’m annoyed by tactics used to increase my limit on a CIBC Aerogold Infinite Visa card to $22,000 (from the existing $18,000).

The bank sent me a letter, saying I had a month to respond to its offer. Then, it flashed messages about my credit card limit when I withdrew cash from a CIBC Instant Teller machine. After the deadline, CIBC left me a voicemail message at home. I called back quickly, thinking I might have a problem, only to get another appeal to raise my credit limit.

Kevin Dove, a CIBC spokesman, said credit limit increases were offered to a small percentage of clients using a variety of channels, such as direct mail, bank machines, online banking and phone calls.

“Once you declined the limit increase offer at the bank machine, this should have stopped any further offers on this topic,” he explained.

“Unfortunately, you received a further phone call from us with the same offer. We are reviewing our systems and process to determine why this happened and make corrections to ensure it doesn’t happen again.”

In truth, I don’t remember declining the offer at the bank machine. I’d hoped that ignoring the solicitations would be enough to stop them.

Doug Melville, ombudsman and chief executive at the Ombudsman for Banking Services and Investments, said higher card limits are attractive to those who collect reward points.

However, he advises not agreeing to a higher limit without considering the impact on your credit score — a key measure used by banks in giving loans.

“Credit bureaus look at the total amount you could draw down in a crisis and factor that into your credit score. That could affect your ability to get credit somewhere else when you need it,” he says.

To avoid sales pitches, you can register with the CRTC’s do-not-call list. However, companies that have an existing relationship with you are exempt from the rules.

A better solution, says Melville, is to ask your bank to put you on its internal do-not-call list. That should ensure you don’t get appeals to buy credit card balance insurance or increase your card limit.