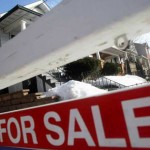 Pacific Investment Management Co. forecasts Canadian home prices falling as much as 20% in the next five years, removing the boost from household spending that contributed to faster-than-expected growth last quarter.

From four bedrooms in Windsor to one-bedroom in Vancouver, check out how far $500,000 goes in 8 major markets across Canada. Read on

“Canadian housing is overvalued,” Ed Devlin, the London-based head of Pimco’s Canadian portfolio, said by telephone. “I would expect to see it happening at the end of this year, we’re going to start to see housing roll over.”

The world’s largest manager of bond funds has been reducing its holdings of Canadian debt after a run of strong profits, he said. The housing decline, which could be cancelled out or reduced to 10% when accounting for inflation, will cause a pullback in consumer spending, capping economic growth this year in Canada around 2%, Devlin said.

Though that is less than the 2.3% growth forecast by the Bank of Canada, it should still be enough to keep the central bank from cutting interest rates as exports pick up some of the slack, he said.

“It’s not a collapse, it’s a correction. We think the Canadian economy can handle it,” said Devlin. “It’s going to be a headwind to consumption as people don’t have the same kind of wealth effect and are more anxious about their house than they have been in the past. They’ll consume less.”

According to the IMF, Canada has the most overvalued housing market in the world The report, which aims to put global housing markets in perspective, puts Canada at the top of the overvalued scale, 85% above the historic average of house prices to rent. Read on

The IMF’s report said that when compared to other advanced economies and income and rents in Canada, home prices remain high, even as home sales have stalled. It does note that not all Canadian markets are overvalued, however, and that outsized prices tend to dominate in the country’s largest cities, such as Toronto.

The Canadian housing market and worries about a real estate bubble have been key concerns for policy-makers for several years. Recent indicators have suggested the market may be headed for a soft landing instead of a bubble bursting, but concerns have persisted.