How to play oil prices from a real estate perspective 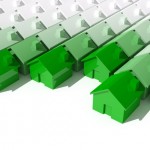 ed period of lower energy prices before impacting underlying real estate fundamentals,” Mr. Downey writes, noting the magnitude and the duration of any downturn in oil creates a guessing game.

The analyst says investors are traditionally focused on how interest rates effect the real estate sector but notes “at its most basic level, real estate is an integral component of the infrastructure for any economy” and benefits during periods of economic strength.

Mr. Downey says sometimes capital can move quickly in a crisis but most of the real estate-related oil moves have been rational. “Real estate investment trusts and real estate operating companies with significant exposures to energy-centric regions have demonstrated price weakness relative to the rest of the pack,” he said, noting the S&P/TSX Capped REIT Index was down almost 5% compared to 22% for the S&P/TSX Energy Index over the past two weeks.

Related For the first time in almost 30 years, the 3 pillars of Canada’s stock market are crumbling Regulating oil and gas a ‘crazy’ policy in times of cheap oil, Harper says The share prices of Morguard REIT and Melcor Developments, with exposure to energy-related economies, have been hit harder than others.

Mr. Downey ranked REITs by energy-related exposure defined mostly as operations in Alberta, Saskatchewan and Newfoundland and Labrador. Morguard REIT, topped the list with 94% of net operating income coming from those economies, followed by Melcor at 88% and Boardwalk REIT at 79%.

Other landlords have less exposure with RioCan REIT with only 11% of NOI coming from energy-focused economies. “Even in energy-centric markets, where 2015 retail sales growth may weaken, contractual lease income should offer stability to landlords,” said Mr. Downey. “Elsewhere, consumers in all other regions should have more disposable income to spend at the mall, thus benefiting the retail landlords’ tenants.”

He said a further deterioration in energy prices could still have negative implications for the intermediate-term earnings into 2106 and net asset value growth.

“If crude prices stabilize at current levels and gradually rise through 2015, we suspect that many of the energy-exposed REITs/REOCs will prove to be good ‘buys’ at current prices,” said Mr. Downey. LATEST PERSONAL FINANCE VIDEOS