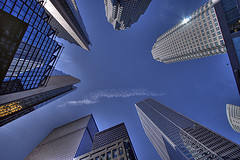 If there’s one recurring mortgage theme from the Big 6 banks’ recent earnings announcements, it is “stress testing.” That’s where a bank simulates extremely adverse economic scenarios in a statistical model and then watches how its mortgages perform.

Stress testing has been a buzzword of late. Banks have been talking up their stress tests to show investors that things will remain under control if the floor drops out in the housing market.

Among other trends this quarter:

These and other observations can be found in the compilation that follows. It’s the fruit of pouring through quarterly earnings reports, presentations and conference calls. If you’re time-pressed, some of the focal points are highlighted, with our comments in italics.

Note: Transcripts are provided by third parties like Morningstar. Their accuracy cannot be 100% assured.